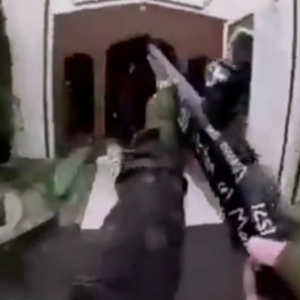 Lesson From New Zealand — No One Is Safe

The mass killing at two mosques in Christchurch, New Zealand, carries one lesson for everyone. Nobody is safe. White-skinned nationalists are as likely to kill as Middle Eastern terrorists. In this wicked world, they’ve carried out some of the bloodiest massacres in recent years from the United States to Norway and now New Zealand.

The record of crazed white people firing into churches, schools, synagogues and now these mosques in New Zealand always shocks those of us who persist in thinking that violence is somehow reserved for illegal immigrants from South America or warring factions with Arabic names.

The propensity for violence crosses national, ethnic and religious boundaries. We’re all capable, if not of committing violence, then of condoning or rationalizing it or explaining it as a mere aberration of which others, surely not us, are capable.

These random acts of violence raise the question, can it happen in Asian countries too? The answer is that it can happen anywhere but that it seems less likely in this region if only because we face the danger of much greater violence in the form of acts of war. While North Korea holds the nuclear club over not only South Korea but Japan and even the United States, we don’t seem too concerned that someone with a gun may open fire in a crowded place.

That’s partly, of course, due to strict gun laws. Ordinary people can’t just go into a gun shop in Hong Kong or Seoul or Tokyo and order a pistol, much less the semi-automatic weapons for sale all over the United States. The laws in New Zealand and Australia, where the shooter was from, are stricter than in the United States, but he had bought some of his weapons legally.

The root cause of sporadic outbreaks of individual violence are the extremist prejudices harbored by fanatic individuals. Right-wing nationalism mingled with racial and religious prejudices were huge factors behind the New Zealand massacre. That form of extremism appears to be on the rise not only in the United States and Europe but also clearly in New Zealand and Australia.

Authorities everywhere need to look for right-wing extremism with the same zeal with which they crack down on immigrants who have crossed their borders, legally or not. In France, the influx of Arabs, mostly Muslims, from former French colonies has deepened divisions. So also in England, immigrants from India and Pakistan clash with Brits of typical Anglo-Saxon ancestry.

Hatred also focuses on Israel and its perpetual struggle with Palestinians who say the Israelis overran and seized their rightful lands. Prejudices against Jews in the United States, on average more successful, wealthier and better educated than other American groupings, fuel ethnocentric violence against not only Jews but also Americans of African and Latin American ancestry.

Law enforcement agencies, from national to local levels, often do not recognize the danger posed by white rightist extremists while looking for lawbreakers among other groupings.

In the United States, rightists appear as patriotic flag-wavers, hard-core advocates for President Donald Trump, who sees them as essential to his political base. They surely do not approve of horrendous acts of violence, but they do contribute to the atmosphere in which fanaticism festers, grows and bursts into tragedies of unimagined dimensions.

Koreans in recent years have made a point of non-violence. The Candlelight Revolution that brought about the downfall of the conservative government and the election of Moon Jae-in as South Korea’s president got its name from candles as symbols of peace, evoking images of religious services and processions.

In Japan, national discipline and unity, supported by highly efficient national police, counters the freedom needed to engage in acts of mass violence. In China, authorities are not concerned about human rights or freedom. They have routinely jailed thousands for showing signs of serious dissent.

Revolution against authority, however, may in some instances be justified. Look at North Korea, possibly the world’s most oppressive dictatorship. North Korean dissidents, if they ever had the chance, would be well justified to take up arms.

That kind of revolt, however, is quite different from the phenomenon of a lone individual, in the name of some national or religious belief, opening fire on innocent people in a school or a church or a movie theater or anywhere else in which we’ve seen such tragedies occur.

Certain solutions are essential. There is no reason for any civilian to be running around with a weapon. Authorities have to be far more aware of signs of violent extremism whether advocated by a religious figure or a politician or just a crazy person simmering with hatred.

Wherever we are, we cannot afford to say “it can’t happen here, can’t happen to us.” Nuclear warheads and bio-chemical weapons aren’t the only dangers. We have to watch out for the crazed individual with a love for weapons and a hatred for those of different faiths, races and beliefs.