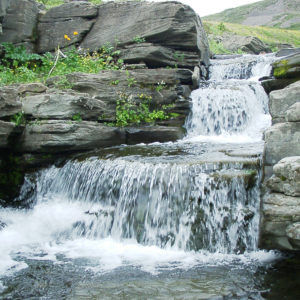 Let’s Not Pollute our Waterways with Unnecessary Federal Regulation

Is it possible to have cleaner waterways across the country and, at the same time, less federal regulation?  Fortunately, for a wide swath of the economy — from farming to mining, home building to construction — the answer is yes.  Not just any water quality policy will accomplish these twin goals, however.  It will be one that relies on common sense and acknowledges that states already lead in regulating their own waterways.

Thankfully, the Trump administration’s recent action to redefine the “waters of the United States” (WOTUS) does just that. The revised WOTUS rule dramatically reduces the burdens placed on farmers and other property owners. It’s a positive step that rejects the heavy-handed, overzealous definition imposed during the Obama years that defined each body of water — whether they be ditches, gullies or isolated wetlands — as requiring protection under the Clean Water Act.

The prior definition of the waters of the United States not only overstepped the EPA’s legal authority, it puts far too much focus on marginal waters when our regulators should be focused on the rivers and other important waterways that need federal oversight. Refocusing the definition restores balance to local land use decisions, putting states back in the driver’s seat, and bringing logic and restraint back to an issue that had seemingly gone off the rails.

A simple question can be posed to illustrate: What will make a bigger difference to pollution prevention, regulating discharges into water that might be in your backyard only because of a heavy rain, or focusing on large bodies of water like rivers and bays?

The latter is by far more consequential. Most of the runoff in need of oversight goes into those bodies of water.  Including almost any stream or wetland, or even water in your backyard that could be impacted, as the Obama administration had done, was regulatory lunacy.

The property owners affected by the Obama EPA’s enforcement of the WOTUS rule were not only the millions of farmers and rural landowners who had to ask the EPA for permission to do basic work around their farms and workplaces but also real estate developers, golf club owners, ranchers, mining companies and oil and gas producers. Failure to comply with the Obama regulations could result in fines of up to $37,500 a day.

Committed as the Trump administration is to protecting the rights of rural landowners, any restriction it implements under its redefined WOTUS rule must meet one simple threshold: It must provide certainty to America’s property owners. Americans shouldn’t need a lawyer or an engineer to tell them whether a puddle on their property is a water of the U.S. and protected by the Clean Water Act.

Regulatory certainty and common sense matter. Overzealous regulation not only undercuts the intention of the law but it handcuffs our economy. It stops farmers from investing in their land, it stops developers from building needed housing, it keeps miners from producing the minerals that are the foundation of our economy, and it even keeps new infrastructure projects from advancing as our roads and bridges crumble beneath our feet.

The administration’s action couldn’t have come soon enough. The question now is whether it will be the beginning of a more vigorous effort to carry out and enforce the change in water regulation or a singular event. If the latter turns out to be the case, a unique opportunity will have been lost.

Washington can help our economy thrive while protecting the environment. These two goals aren’t mutually exclusive. But the answer isn’t doing more. Rather, it’s about providing understandable, logical regulation that respects and recognizes the regulatory authority of the states. After eight long years of federal overreach, this administration’s return to regulatory restraint is right on target.