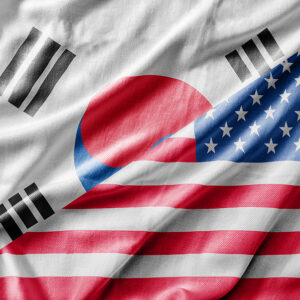 The incoming government of South Korea’s President-elect Yoon Suk-yeol faces a complicated, sensitive issue in carrying out his campaign pledge to “rebuild” relations with the United States. It will be a relief for the Americans to see an administration in Seoul that adopts a realistic attitude toward dealing with the North. For the last five years, the government has pursued a policy of appeasement and reconciliation that has gone nowhere.

At the outset Yoon should discard outgoing President Moon Jae-in’s vision of an “end-of-war” declaration formally bringing the Korean War to its conclusion. That was an utterly fatuous notion to which pro-Northers in the United States still cling. They are insisting that Congress pass a bill demanding a “formal end” to the Korean War, but such legislation is obviously going nowhere.

Instead, Yoon should reiterate demands for North Korea to show substantive signs of discarding its nuclear weapons program as a condition for anything, including humanitarian aid. He and the Americans might want to coordinate in new calls for denuclearization. Together, they should refuse to compromise on this demand while remaining open to talks with North Korea, which has been ignoring Moon’s plea for dialogue for the last three years.

In fact, the failure of the North-South Korean summits of 2018 and 2019 show the uselessness of making concessions to the North in at atmosphere of peace and goodwill. President Moon and Donald Trump as president each met three times with Kim Jong-un. The publicity engendered by all these meetings was incredible. In the global spotlight, they boosted hopes for a new age in inter-Korean relations.

Looking back, however, we realize these meetings, far from advancing the cause of peace, may actually have put the process in reverse. Relations between the two Koreas and between North Korea and the United States have never been worse. North Korean leader Kim Jong-un has gone on ordering missile tests, preparing again to launch a satellite that will really be an Intercontinental Ballistic Missile, and may well be considering a seventh underground nuclear test.

Trump’s great mistake after his summit with Kim in Singapore in June 2018 was to cancel joint U.S.-South Korea military exercises. Military commanders regard these “war games,” in which U.S. and South Korean forces participate on the ground, in the air and at sea, as essential for training them to work together against a common foe, the North Koreans. Since then, all the joint exercises have been conducted largely on computers, which may be helpful but are no substitute for forces in action.

Yoon, in one of his first decisions after his inauguration in May, should approve full-scale joint exercises.

I witnessed the final day of the last such war games five years ago. While U.S. warplanes from aircraft carriers roared overhead, tanks advanced on the ground in a large training area south of the Demilitarized Zone between the two Koreas. On the ground, American and South Korean troops accompanied the tanks to a fictional objective on a hillside. It was an impressive display culminating two weeks in which they had gone through a series of exercises that are essential if Kim Jong-un ever shows signs of making good on his threats, including that of firing missiles at targets anywhere from South Korea and Japan to the American mainland.

It’s important for both Washington and Seoul to ignore rhetorical intimidation from Pyongyang. There is no reason for ministers and aides to cringe under verbal assaults from the North Korean propaganda machine. In the face of insults and threats, they should work ever more firmly to rebuild and reform the alliance into a viable, strong structure.

President Moon in recent years has weakened the alliance for fear of offending Kim and losing any hope for getting together on a new agreement, a fresh modus vivendi. Washington and Seoul should always be open to dialogue but not at the expense of basic principles and their mutual strength as allies facing not only North Korea but its great ally, China.

Together, under Yoon and President Joe Biden, they can open a new, revived chapter in the historic U.S.-South Korea alliance. We can all look forward to making the alliance stronger, more viable than ever at a critical juncture when the future of the region hangs in the balance.