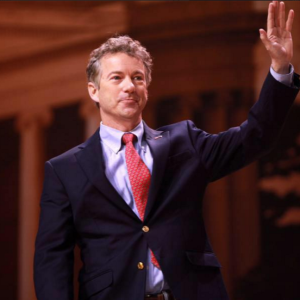 Kentucky Sen. Rand Paul ran as a Republican for president earlier this year. (Photo via Rand Paul on Facebook)
News

When it comes to electing libertarians, the problem is the messenger, not the message.

At least, that’s what some of the nation’s biggest boosters of the hyper-limited government philosophy are telling themselves during yet another low point for their movement in national politics.

Nearly two years since the New York Times asked, “Has the ‘Libertarian Moment’ Finally Arrived?,” the answer appears to be a resounding “no.”

First, libertarian-leaning Kentucky Sen. Rand Paul failed to take off in the Republican presidential race, despite appearing on the cover of Time Magazine as “the Most Interesting Man in Politics.”

And yet for libertarianism’s biggest devotees, accepting defeat isn’t an option.

Earlier this month, former New Mexico Gov. Gary Johnson was pitching his Libertarian presidential campaign through the halls of the Conservative Political Action Conference, when InsideSources asked whether talk of a “moment” for his movement was overblown. He was quick to say that Paul never called himself a pure libertarian, so the senator doesn’t prove any conclusive case against the cause.

“They’re social conservatives,” Johnson said of Paul and his father, former Texas Rep. Ron Paul, who ran as a Republican in the 2012 White House race. The former governor argued that Americans should try a true believer — someone like him.

Conor Friedersdorf isn’t so sure. The Atlantic writer got laughs Wednesday at the Cato Institute, libertarians’ flagship think tank in Washington, when he joked during a panel discussion about Johnson’s charisma — or lack thereof. It isn’t “really a test of whether the ideas behind the man are getting approved or disapproved by voters,” he said with a smile.

At the same time, Friedersdorf encouraged Johnson to run for Senate, and said he stands by “a belief that libertarianism is just fine, that it’s won some big victories in the very recent past, and I expect it to win more.”

“Conservatives and progressives are widely judged with the understanding that most political change happens gradually and on the margins,” he said, “but especially in the press, antagonists and champions alike often act as if libertarian success would mean a radical shift toward an ideologically pure, uncompromising, small government utopia — or distopia, depending on who you ask.”

“In reality,” Friedersdorf continued, “libertarian ideas will only ever be implemented incompletely, gradually, in the system of checks and balances that we have, and the question in whether future voters will support policies that enhance liberty compared to the status quo. If that’s what we mean by a libertarian moment, I think we’re coming off several. We can expect many more.”

Another panelist, Reason Magazine editor Matt Welch, also argued libertarians should keep their chins up. Compared to 2008, prior to President Barack Obama’s election, he said the liberty movement is strong.

“We didn’t have Rand Paul in the Senate back then,” he said. “We didn’t have Republicans who said, ‘Let’s actually cut military spending’ year over year. … California tried to legalize recreational pot in 2010 and got smacked down, right? … Now we have legal weed as a thing that happens.”

Enactment of gay marriage and nationwide criminal justice reforms were also cited as libertarian victories, but not everyone in the Cato discussion was as upbeat. Ramesh Ponnuru, an editor at the conservative National Review, said flatly that there never was a libertarian moment, and “libertarians shouldn’t kid themselves about the appeal of their philosophy.”

Ponnuru added that some trends in American culture appear to be headed in an overtly anti-libertarian direction, including the public’s answer to the question, “Do you think that people should be allowed to say things that are offensive?”

“With that question, it seems to me, the trend lines are going in the wrong direction, particularly among young people,” he said.

Even David Boaz, Cato’s executive vice president, said an argument could be made that it’s in fact a socialist moment sweeping America and the United Kingdom.