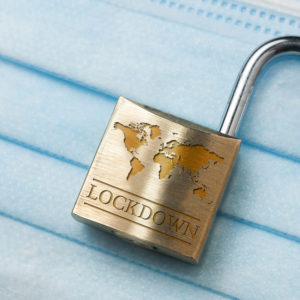 Listen to the Coronavirus Dissidents

The best results against the coronavirus have not come from countries that have shut down massive numbers of private businesses or have severely restricted freedom of movement — but from those that have intelligently avoided the near-universal hysteria that demanded both things, such as South Korea and Germany.

What has allowed South Korea, a country that has not decreed mass confinement and where fewer than 220 people had died from COVID-19 as of April 13, to control the epidemic early on was widespread testing?

This was made possible by 2016 regulatory reforms that enabled several biotechnology companies — Kogene, Seegene, Solgent and SD Biosensor — to develop and obtain rapid approval for effective tests soon after signs of the pandemic first were noticed.

Similarly, efficient testing also has enabled Germany — Europe’s most populous country, with almost twice as many inhabitants as Spain, for example, but approximately one-fifth the number of COVID-19 deaths (slightly more than 3,000, compared to 17,600 in Spain, as of this writing) — to avoid the worst of the coronavirus scourge.

How did Germany do it? By minimizing bureaucratic impediments.

When a team of researchers led by Dr. Christian Drosten, director of the Institute for Virology at Charité, a medical research hospital affiliated with Humboldt University and the Free University of Berlin, developed a test for the novel virus, the medical community was able to deploy it quickly, thanks to Germany’s  decentralized federal system of regulation.

In contrast, in the United States, the Centers for Disease Control and Prevention monopolized and restricted the supply of tests in the crucial first couple of months, and the Food and Drug Administration did not authorize laboratories to develop their own tests until February 29, when the pandemic was well underway.

Germany and several other countries, most notably Sweden, also have been less heavy-handed with their social isolation policies, reducing the likely magnitude of the economic damage — and belying the notion that freedom and commerce need to be sacrificed to obtain security.

We are relearning — and learning for the first time in some cases — another lesson as well: When a country is financially sound it is in a better position to face a pandemic.

The countries in the European Union that are trying to force their neighbors to issue mutualized debt or “coronabonds” in order to finance their rescue plans are the same countries that failed to put their houses in order after the 2008 financial crisis.

In 2007, Spain’s public debt amounted to 37 percent of its gross domestic product, while Germany’s and the Netherlands’ debts were the equivalent of 65 percent and 40 percent of their respective GDPs.

Today, Spain’s debt amounts to almost 100 percent of GDP, while those of Germany and the Netherlands, two countries that paid closer attention to their finances, amount to around 60 percent and 50 percent respectively.

Italy did not do its homework either: its debt in 2007 was already very high, equaling 100 percent of GDP, and now it’s much worse, amounting to 130 percent of GDP.

The lesson from all of this is not that you have to be a blond German Übermensch to do things reasonably well, but that those countries whose citizens are suffering the most must learn from the “dissidents” who advocated for responsibility and efficiency so that the next crisis does not cost so many innocent lives and so many sacrifices of people’s liberty to move about, work and conduct commerce.

That includes the United States, where there have been more deaths than in any other country (something that, given our very large population, is perhaps not entirely unexpected) and where, to judge by the situation, the rush to restrict freedom has not brought about better results than countries that have done more testing and less restricting.