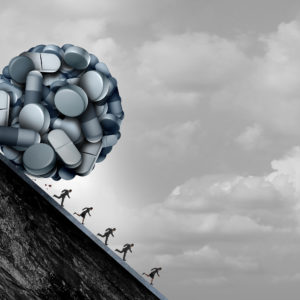 Little Things That Lead to Catastrophes

On July 25, 1990, with Iraqi military forces massing on the border with Kuwait, U.S. Ambassador April Glaspie requested her first meeting with Iraqi leader Saddam Hussein. The two nations were in the grip of a dispute over oil rights and other matters, with Iraq laying claim to Kuwait as its 19th province as a major bargaining chip. When Hussein, who was demanding the Kuwaitis relinquish rights to the entire Shatt al-Arab waterway or face being invaded, asked the ambassador for the United States’ opinion on the matter, she responded:

“We have no opinion on your Arab-Arab conflicts, such as your dispute with Kuwait. Secretary (of State James) Baker has directed me to emphasize the instruction, first given to Iraq in the 1960s, that the Kuwait issue is not associated with America.”

There is no end in sight for the crises spanning the Middle East and South Asia, all of which may be attributed, directly or indirectly, to a single meeting that went horribly wrong.

In January 1980, Dr. Hershel Jick and his assistant Jane Porter published a five-sentence letter to the editor of the New England Journal of Medicine. It was intended to document the results of a quick scan of hospital patients who had been given small doses of narcotics in a controlled setting as part of their in-patient treatment. The letter:

“Recently, we examined our current files to determine the incidence of narcotic addiction in 39,946 hospitalized medical patients who were monitored consecutively. Although there were 11,882 patients who received at least one narcotic preparation, there were only four cases of reasonably well-documented addiction in patients who had a history of addiction. The addiction was considered major in only one instance. The drugs implicated were meperidine in two patients, Percodan in one, and hydromorphone in one. We conclude that despite widespread use of narcotic drugs in hospitals, the development of addiction is rare in medical patients with no history of addiction.”

What is now known as “the Porter and Jick letter” was used by the pharmaceutical industry to support the use of pain as a “fifth vital sign” and to push the use of opioid drugs as the answer to chronic pain. It was described by the industry as an extensive and persuasive study. Another study, based on the letter and authored by Dr. Russell Portnoy and Jane Foley, further substantiated the claim, based on a small sample size of 38 carefully controlled cancer patients.

As a result, doctors were offered significant incentives by large pharmaceutical companies to prescribe opioid painkillers. Physician training spread the word that opioids were safe, even for outpatients. With treatment of pain showing up on patient surveys, and doctors under intense pressure to see more patients and produce good survey results, opioid prescriptions exploded.

These big companies made many billions of dollars, as opioid prescription expanded from minimal usage for terminal cancer patients to routine prescriptions for everything from wisdom tooth removal to back pain.

The results of the short letter — which its authors never intended to have such effect — and the deception that followed have also been catastrophic for our nation.

The expansion of Mexican black tar heroin distribution across the United States was aided and abetted by the prescription painkiller epidemic. An unfortunate truth is that when prescription drugs are not available, or are too expensive, it is a simple matter to turn to heroin. And with the recent proliferation of fentanyl and carfentanyl imported from China and Mexico, along with counterfeit prescription drugs, the epidemic shows no signs of abating.

More Americans than were lost in Vietnam and every subsequent war are being lost each year in our nation because one unfortunate letter in a medical journal was willfully misinterpreted.

Yes, small things can lead to catastrophes . . . and they are very hard to reverse.

James Winnefeld, a retired Navy admiral and retired vice chairman of the Joint Chiefs of Staff. He is the co-founder of S.A.F.E. Project US, an organization dedicated to reversing the opioid epidemic in the United States.