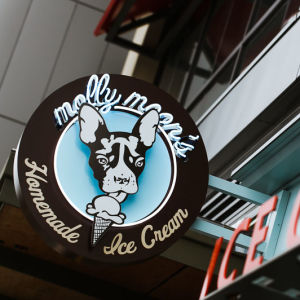 In July of 2010, Weekly Standard writer Matt Labash published “Living Like A Liberal,” an extraordinarily entertaining book review of 538 Ways to Live, Work, and Play Like a Liberal by the author Justin Krebs. The piece is played for humor, with the conservative Labash chronicling his 10-day odyssey following his “sensei” Krebs’ lifestyle guidance: He shops at green grocery stores like Trader Joe’s and Whole Foods. He reads Free To Be . . . You and Me to his kids. He watches MSNBC, reads Robert Putnam, and even boycotts Budweiser beer over Anheuser-Busch’s affiliation with the U.S. Chamber of Commerce.

“Krebs showed me that my politics shouldn’t be just my politics,” Labash writes, “but also my religion, my sun and moon, my inhalation and exhalation.” He confesses, “I had put my politics in my political box, and my life in my living box. When I should’ve placed all the contents in the same box — a much bigger, biodegradable one.”

To his credit, Krebs was genuinely amused by Labash’s article, calling it “provocative more through humor than anything else” in a recent interview with InsideSources. But the Brooklyn-based political strategist and entrepreneur stands by his belief that liberals should practice politics in their daily lives, striving to be progressive as parents and consumers, churchgoers and business owners.

InsideSources reached out to Krebs in light of last Friday’s American Family Voices conference in Washington, “Forging a New Alliance Between Progressive Leaders and Socially Conscious Businesses.” The event was full of Krebsians — company owners from across the country who are striving to stay true to their liberal consciences while succeeding in the market.

One speaker who offered a model was Molly Moon Neitzel, the Seattleite who runs Molly Moon’s Homemade Ice Cream. Moon Neitzel employs up to 70 year-round workers and as many as 140 people in the summer. She pays 100 percent of the health care premiums for those who work 20 hours a week or more and offers 12 weeks of paid leave. Meanwhile, she prides herself on using sustainable ingredients and placing 100 percent compostable products in her customers’ hands. She says patrons appreciate the example she sets and reward her for it with their loyalty.

But living out liberalism can be complicated for consumers. “It’s so difficult to check every business,” Morris Pearl of the progressive group Patriotic Millionaires said during the conference. “Do they provide health insurance and retirement benefits? Do they not sell guns? I have a lot of free time to do this, and I can’t, so I just don’t know how it’s possible.”

And what about businesses that demonstrate liberal values on certain issue but not on others? What about the fact that Wal-Mart, which progressives revile, uses more solar power systems at its facilities than any other U.S. company? “They’re not our friend, but they’re a change agent in bringing renewable energy,” said Richard Eidlin of the left-leaning American Sustainable Business Council.

In addition to embracing this kind of complexity, Eidlin told American Family Voices that the left needs to acknowledge some hard truths: “There’s a perception that business is controlled by the Chamber of Commerce, which is inaccurate, but we also know when we go to the Congressional Progressive Caucus that there’s a bias against business. … As the gentleman from the Patriotic Millionaire said, everybody’s got a contradiction, and we’re all on the road of learning. I would encourage all of us progressives to be a little bit more tolerant of business.”

For his part, Krebs said it’s going to take more than some solar panels to redeem Wal-Mart in his eyes. “While I would compliment them for moves they might make to be greener, I wouldn’t forgive them for also cracking down on unions or encouraging overconsumption at the same time,” he said. “One good move doesn’t forgive all the rest.”

Krebs recognizes that every shopper makes compromises and every community has a limited number of shopping options. Still, he wants consumers to understand that “when we spend our dollars we are casting a vote in some fashion. Our dollars are an endorsement, and there’s a responsibility that goes with that.”

Five years after publishing his book, Krebs does have at least one regret: that he never asked Labash to go on tour with him and debate these issues.

“We could have had this conversation in bars and restaurants and cafes across America!” he said with a laugh. “Maybe someday I’ll send him a bottle of environmentally-friendly bourbon and invite him to have a drink.”