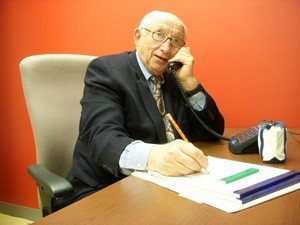 InsideSources.com is delighted to welcome Llewellyn King to its growing stable of contributing columnists.

King is the creator, executive producer and host of “White House Chronicle” on PBS and other cable TV channels. He is a regular on Voice of America Television and Sirius XM Radio.

King began his career in journalism as a 16-year-old correspondent for Time magazine in Africa. Over the course of his career, he has accumulated the stuff that great stories and speeches are made of. Each week, he regales “White House Chronicle” viewers and listeners with “But first, a few thoughts of my own” commentaries that precede the program and his analysis of the news.

Of course King’s anecdotes, drawn from his work for top news organizations on three continents, are marvelous. But it is his vast knowledge of energy, foreign and domestic policy, the media, the White House, and Congress and so many other things — especially in these uncertain times — that has made him a sought-after public speaker and respected columnist.

To Mr. King, welcome aboard.