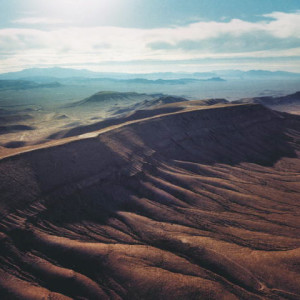 We need more engineers. Go forth and study engineering for the future of the nation. Math and engineering are the keys to maintaining our place in the world and keeping the Chinese, and a few others, at bay.

That is the urging of our political class, whether they are appointed public officials or elected politicians; or whether they are members of the thinking and writing class. Taken collectively, they might be called “the exhortationists.”

But there is a problem: We do not treat engineers very nicely — at least not those who are federal employees or contractors. The very politicians who lead in exhorting our young to become engineers are those who treat engineers as disposable workers.

The government starts many projects and finishes few. A change of administration, a shortage of money, or some other excuse and the government shelves the project.

The impact on engineers is devastating. They have often relocated their families to the site of the project and — wham! — it is canceled.

It is not only that this rough treatment has a huge impact on families — and engineers are not that well-paid (median income is $80,000, and petroleum engineers are the highest-paid) — but also the psychological damage is considerable.

Engineering a new project is exciting but also demanding. Men and women throw themselves into what is a giant creative undertaking, eating up years of lives, demanding the most extreme effort. It is shattering when there is a sudden political decision to cancel a project.

To look at a bridge or a locomotive and say, “I built that,” “I made a difference,” is much of the engineer’s reward. Marc Goldsmith, a fourth-generation engineer who has worked on 16 projects in nuclear power that have been canceled, says that many engineers get so frustrated they leave the profession and go into law or finance, and never face a logarithm again. He says the government treats highly educated engineers like day laborers: expendable.

Goldsmith, a former president of the American Society of Mechanical Engineers, says the heartbreak of a canceled project to the engineers is terrible and destructive of the can-do engineering culture.

The hundreds of engineers involved in a big engineering project do not do their job just for the money but for the satisfaction that they solved a problem and made a thing that worked, whether it was a mega-passenger aircraft, a spindly skyscraper or a flood-control gate.

We now live in a world of project ghosts, where public policy (politics) has said “go,” and has said later, with the same passion, “abandon.”

Clarence L. “Kelly” Johnson, the genius founder of the Lockheed secret division of engineers, dubbed Skunk Works, in Burbank, Calif., told me in 1990 that some of the starts-and-stops and abrupt cancellations of military projects made him sick. The Skunk Works, which brought us such legends as the U-2 and the SR-71, to name a few, was also instructed by the government to eradicate any trace of other projects that were far along. “Not only were they canceled, but they had to be expunged,” he told me.

Nuclear has been especially hard hit by government policy perfidy. In today’s shame roster, Yucca Mountain, the nuclear waste repository and the pride of thousands of engineers, was abandoned by the incoming Obama administration in a deal with Harry Reid, the Democratic senator from Nevada and Senate majority leader. Goodbye to $15 billion in taxpayer money; goodbye to a nuclear waste option; and goodbye to all that intricate engineering inside a mountain.

Now the administration is taking its policy sledgehammer to another engineering project: one it supported until it didn’t support it anymore. It is trying to end the program to build a plant to blend surplus weapons-grade plutonium with uranium and burn it up in reactors as uranium oxide, or MOX, as it is known.

The contractor — a consortium of Chicago Bridge & Iron Co. and Areva, the French firm — says the plant is 67-percent complete and employs 300 engineers, out of a total workforce of 1,800, at the Department of Energy site near Aiken, S.C. Now this big engineering project, which is another way of dealing with nuclear waste, is in the government’s sights.