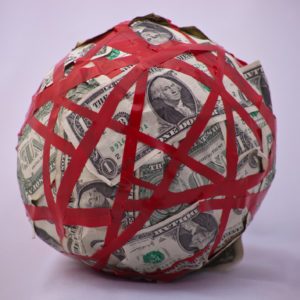 Business leaders from both small and large companies have worried for years that the cost and needless red tape associated with new Washington regulations has slowed the economy. Recent research appears to confirm these worries — pointing to a loss of $4 trillion annually, or $13,000 for every U.S. citizen.

Mercatus Center scholar Dr. Patrick McLaughlin found in his research that additional regulations in recent decades have held back trillions of dollars in economic growth. His findings also found that the buildup of regulations over time has led to duplicative, obsolete, conflicting, and even contradictory rules that stifle businesses.

The Federalist Society’s Regulatory Transparency Project hosted a teleconference call to discuss the findings of this research. McLaughlin found that regulations create obstacles for businesses and distort their decision-making as they try to adhere to the rules – adding that this has resulted in the economy slowing by 0.8 percent annually since 1980.

“Regulatory accumulation is just the growth of regulations over time,” McLaughlin said on the call. “I think it’s a fairly natural phenomenon. I think it’s the type of thing that occurs in any organization that grows. It can be a business, nonprofit, or a government. But in this case, because the growth in regulatory agencies is associated with the growth in some sort of law, namely regulations, there are consequences outside the organization that are worth dwelling on.”

McLaughlin adds that the number of regulations can slow economic growth in a few ways. Businesses spend money on regulatory compliance that they then can’t spend on investments and growing their business. Employers also struggle to abide by the rules since there are so many – which can discourage beneficial business decisions.

“The numbers we found were pretty shocking,” McLaughlin said. “We have more and more agencies created over time to the point where we have well over two hundred different agencies and departments that are posting new regulations in the federal code. That’s naturally going to lead to a lot of rules being on the books.”

McLaughlin adds that regulatory accumulation is a phenomenon that occurs on both the federal level and state levels. He notes the number of federal regulations has increased at roughly 2.1 percent per year with few exceptions. This has resulted in roughly 40,000 pages of federal regulations growing to over 187,000 since 1970.

McLaughlin serves as the director for economic regulatory research at the Mercatus Center – a free-market-oriented think tank at George Mason University. His research has focused on regulatory economics, administrative law, industrial organization, and international trade.

His research also found that the national economy would have been at least 25 percent larger if regulation had been held at constant levels since 1980 – accounting for a loss of at least $4 trillion. McLaughlin concludes this has to do with firms altering their plans for development, expansion, and updating equipment, which puts a drag on the overall economy.

The Federalist Society’s Regulatory Transparency Project was launched to evaluate the costs and benefits of particular regulations and agency processes. The project started by assembling a dozen working groups to focus on a specific regulatory field in May 2016.

“What we did was assemble what we consider to be the preeminent legal minds and policy minds to review government regulations, to evaluate their effectiveness,” said Devon Westhill, the director of the project. “They propose solutions on their own to problems they find in the regulatory state, at all levels of government.”

“We have to ask ourselves to what extent do we want government officials, unelected bureaucrats, and agencies that aren’t directly controlled by the people’s representatives, dictating to everyone in the country now, the very basic terms of how they work, live, eat, and sleep everyday or their lives,” said Adam Mossoff, a professor at the George Mason University Antonin Scalia Law School.

President Donald Trump has pledged that he would roll back regulations in an effort to stimulate economic growth. His administration has looked to areas like labor policy, consumer rights, healthcare, and the environment in its deregulatory effort. But critics argue the administration is eroding away critical workplace and environmental protections.

The administration is still working through a lengthy process to undo or reform more substantial regulations – but it has still been able to roll back many rules and agency memos that have dictated regulations in years past. The American Action Forum noted Oct. 3 that the administration has saved $560 million annually by cutting regulations.

The administration is also facing legal challenges over its push to deregulate. Lawsuits have the potential to make the process to implement or remove regulations significantly longer. A court could rule against the changes. A judge could also delay a regulation to give time for a proper ruling.