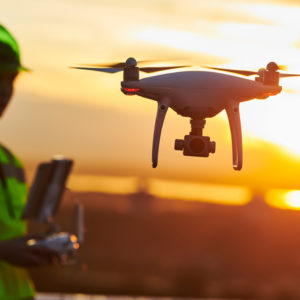 Look Up! The Age of the Delivery Drone Is Dawning

Here a drone, there a drone. Everywhere a drone. Drones, the light ones, not the big military ones that chase bad guys around the Middle East and elsewhere, are beginning to do heavy lifting.

Consider: Packages are already being delivered by drone in Canberra, Australia’s capital. In Rwanda — unsophisticated Rwanda, known more for its genocide in 1994 — drones are delivering life in the form of emergency blood supplies. I am told the blood is dropped where it is needed in the landlocked East African country by little parachutes. In Europe, soon drones will deliver packages between Helsinki, Finland’s capital, and Tallinn, the capital of neighboring Estonia.

If you need it quickly and cheaply, call a drone. They are the new frontier of delivery.

When the new age of unmanned civilian aircraft dawned (thanks to better batteries, cheaper computer chips and, most important, good, cheap gyroscopes), the sky became the limit.  The sky is big, but not that big, and it is going to become a jungle of drones.

Enter AirMap, a Santa Monica, Calif.-based company. It is working with aviation authorities all over the world to design air traffic systems for drones, which allow them free range in the most crowded airspace.

The platform offered by AirMap, according to chairman and co-founder Ben Marcus, is the system that is being incorporated into drone control systems 85 percent of the time around the world. He tells me that Switzerland is a leader in the drone regulatory interface.

Marcus talks about drones passionately, as though they are a good cause. He wants to enable more drones to fly safely. Millions of them.

The drone control system, which is under development, is like the air traffic control system that allows small private airplanes to fly along with commercial jumbo jets. AirMap is a system that has been designed to welcome all flyers, according to Marcus.

AirMap works with air management agencies, like the Federal Aviation Administration and its equivalent in other countries, to make the drone future safe and effective for all the players who would like to enter the drone market, including recreational flyers; post offices; retailers like Amazon, an early air advocate; Google, a big proponent of the automated future; and Uber, which has big plans for its role in the cities of tomorrow. Can FedEx and UPS afford to be behind?

There is scarcely anyone who delivers anything, who does not dream of the time when drones will take it to the front door, and where you will retrieve the cargo by varying methods, including taking it from a string, as is happening in Australia, according to Marcus.

Early entrants into the commercial use of drones have been electric utilities for line inspections, broadcasters for remote photography, and police departments for a variety of their work.

“That is just beginning,” Marcus told me.

Another drone company seeking to make a place for itself in the drone space, San Francisco-based Starship Technologies, promotes how clean-and-green and quiet drones are. Certainly, as they run on electric batteries, they avoid all the noise and mess of internal combustion.

Last Christmas, the world was reminded of the need for systems of control of drones around airports when Gatwick, London’s second airport, was closed for more than a day on news of the sighting of a drone.

Marcus points out that, as practical matter, aircraft deal with birds all the time and they are not subject to the kind of control — control not limitation, advocates are keen to emphasize — take the randomness out of drone flying and the use of airspace for other things.

When you buy a drone in the United States, you must register it — and more than a million are registered. Control system technology will keep track of each drone and who is responsible without the “turn left, head 130 degrees” control that aircraft have. The control systems will keep drones at safe distances and altitudes from runways, other drones and physical objects. Delivery drones will use sensors to skip over power lines and stay away from other drones on the same mission.

You do not want your new shoes tangling with a pizza, as drones bearing both head for your door.