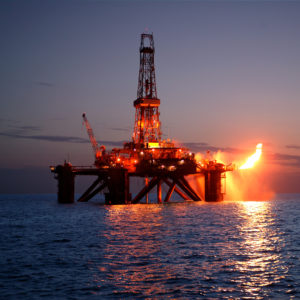 Anyone paying a monthly utility bill quickly realizes that, despite the benefits of fracking, natural gas isn’t free. Even so, for many companies drilling in shale fields, methane is an obstacle encountered on the road to more lucrative crude oil deposits. For years, these companies “vented” or released this extra methane, either by releasing it or burning it off at the wellhead. The practice, called venting and flaring by the industry, was highly controversial for environmentalists who worried that this amounted to essentially unlimited methane emissions. Since taking office in January 2017, the Trump administration has been fighting against an Obama-era rule limiting methane leaks on federal land. While the matter remains tied up in court, a recent report by Texans for Natural Gas finds that federal data may have inflated estimates of methane emissions.

During the Obama administration, the EPA moved to the emission of methane through venting and flaring as a means of greenhouse gas reduction. The rule was complex and controversial. Some western states welcomed the change, since requiring methane emissions be measured, monitored, and limited means that more of them will fall under state taxing authority. Others were concerned that the effective tax increase would decrease fossil fuel exploration, hurting local economies.

The report also found that methane emissions from hydraulically fractured natural gas wells declined by 82 percent between 2013 and 2016. This means that EPA estimates for associated gas venting and flaring are sustaining significant and repeated downward revisions. Estimates for 2015, for example, were revised down by 54 percent since last year.

The Texas study found that between 2013 and 2016, methane emissions from venting and flaring declined by 9,122 metric tons, or roughly 17 percent. Meanwhile, oil production increased by 19 percent.

The findings add another layer of complexity to an ongoing political debate about the future of the methane rule. The Department of the Interior has been fighting implementation of a ban on methane flaring for months, a move that was seen as a boon to industry.

Methane is a hydrocarbon, which, at room temperature and normal pressure, appears as a colorless, odorless gas. It is also the main component of natural gas. Although the gas is naturally occurring, environmentalists are concerned about methane levels, believing the gas to be 25 times more potent as a warmer than carbon dioxide.

Texans for Natural Gas also noted that delays in pipeline construction lead to increases in the practice of venting and flaring.

“Flaring is the combustion of excess gas, and is also used for safety purposes. Flaring is also often performed to comply with air quality regulations. Delays in natural gas pipeline approvals, particularly on federal lands, have forced operators to vent or flare excess gas that could otherwise be delivered to market,” the report says.

The new data throws into question the need for the rule. If the process of venting and flaring is fading on its own, then the new rule seems unnecessary, the group concludes.

At present, the methane rule is stuck in legal limbo. In April, a federal court judge ordered that a temporary suspension of the rule would remain in place. Another attempt to force implementation of the rule was rebuffed by an appeals court in June.