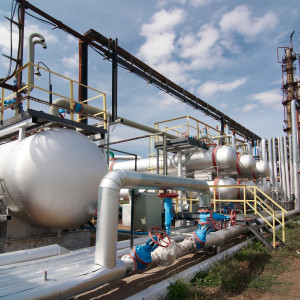 If you want to know the state of America’s environment today, a good place to start is with the dramatic decline in airborne emissions from power plants over the past decade.

As they generate electricity, hundreds of fossil-fuel power plants across the country emit sulfur dioxide, nitrogen oxides and carbon dioxide into the air. The first two substances cause acid rain and contribute to respiratory ailments and are the emissions of most concern to public health. The third is the principal greenhouse gas that accompanies the burning of oil, natural gas and coal because of their carbon content.

These numbers should bring home a clear message: The fossil fuel revolution in the United States is profoundly changing not only the economics of oil and gas production but also the environment. When it comes to electricity, the economics increasingly favor low-cost abundant natural gas.

Moreover, natural gas is replacing coal, not only in the United States but also in China and India, two countries with fast-growing economies that are beginning to use imports of liquefied natural gas for electric power production. It’s a powerful demonstration that the significant benefits of the shale revolution are beginning to reach other countries and that the United States has the know-how and resources to play a major role globally in reducing carbon emissions.

Everyone seems to recognize this except U.S. environmental groups and those politicians who are eagerly courting their endorsement by supporting efforts to ban the production and use of fossil fuels. Environmentalists participating in the keep-it-in-the-ground movement want to replace natural gas with renewable energy sources like solar and wind. That misguided approach would unnecessarily send energy costs soaring, is technologically unfeasible, and far from the most efficient way to achieve environmental progress.

Greater use of clean natural gas has already helped us take a significant environmental leap forward. While solar and wind power will continue to become more market competitive, we ought to lean on the resources that are already winning in the marketplace today.

Regrettably, the proposition that reducing the U.S. carbon footprint can be done without natural gas has been gaining ground in political circles. Democrats in both the U.S. Senate and the California Assembly have proposed legislation calling for a full transition to solar and wind.

But relying entirely on renewables is both foolish and unrealistic. Solar and wind are growing as energy sources and a case can be made for investing in renewables. But sacrificing natural gas is ill-advised. Given that solar and wind energy are intermittent, it would require a fundamental change in our energy system and impose enormous costs on the nation’s economy.

Those who cling to the belief that natural gas can be replaced forget that the reason you hear so little about acid rain these days is that sulfur-dioxide emissions have declined significantly over the years. Climate change is still a concern to some.

However, the significant reduction in power-plant emissions to the lowest level in almost 30 years proves that we can grow the economy and have a healthy environment, too. And it’s a demonstration that the technology revolution — and a dose of reason and resolve — can address climate challenges without changing the way we live.