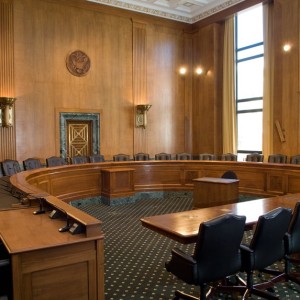 A Senate Finance Committee hearing today attempted to address one of the more challenging elements of tax reform—energy taxes.

Earlier this week, Senate Finance Committee Chairman Ron Wyden wrote in a Politico op-ed: “In a world where principled bipartisanship is often disregarded in favor of political rhetoric, I have a simple proposition for House Speaker John Boehner: Let’s sit down together and figure out how to get tax reform done.”

While it is easy to call for bipartisanship, the actual prospects of comprehensive tax reform seem unlikely. Energy will be one of the key roadblocks to broad reform as the parties are often far apart.

Democrats tend to favor subsidies paid to incentivize green energy, but they also oppose what they consider tax subsidies to oil companies. Wyden, formerly the Chairman of the Energy and Natural Resources Committee, has long supported tax subsidies to wind and other alternative sources, and he made that a focus of his opening statement today, saying: “The disparity in how the tax code treats energy sources – and the uncertainty it causes – has to end. Traditional sources benefit from tax incentives that are permanently baked into law. But clean energy sources are stuck with stop-and-go incentives that have to be renewed every few years.”

Former Sen. Don Nickles, who testified in the hearing, said it was “time for wind to stand on its own” after decades relying on federal subsidies. Nickles cited that any tax breaks received by oil and gas pale to those given to wind. In order to make the subsidies comparable, he stated it would amount to taxpayers needing to hand out a $50-$60 per barrel subsidy to oil companies.

Pete Sepp, President of the 362,000-member National Taxpayers Union, tells InsideSources that in order to achieve reform, “We need to have a discussion that removes some of Congress’ temptation to pick winners and losers.” Sepp suggested that may look like an energy production credit that is available broadly across all industries and sectors rather than rewarding an industry like wind while punishing oil and gas.

Republicans in Congress oppose changes to the tax code that politically target oil and gas. Sen. Orrin Hatch, Ranking Member of the Finance Committee, stated during the hearing: “The truth is that the Obama Administration’s real energy policy boils down to a belief that fossil fuels are bad, and that the federal government should enact policies to punish the production and use of fossil fuels.”

Gary Hufbauer, a senior fellow at the Peterson Institute for International Economics, in an interview with InsideSources said several issues may be challenging as Congress proposes a tax reform package. The Administration has pushed to limit the ability of oil and gas companies to recover investment of intangible drilling costs. Hufbauer argues that these are essentially research and development costs that have broad spillover effects, and the capitalization and amortization of these costs, which the Administration wants, would slow investment.

Wyden told reporters yesterday that a piecemeal approach is likely for some tax reform issues. He would like to move on a measure to address inversions during the lame duck session. Wyden signaled this is partly due to worry from Republicans that as more companies reincorporate overseas, more of the tax base is lost and it becomes harder to keep tax reform revenue neutral.

Sepp sees a piecemeal approach as a possible barrier to reform. He believes it would be problematic if Congress tries to pass some extenders in the lame duck session and then seeks to pay for those through changes to Section 199 (a manufacturing production incentive), limits to dual capacity rules (affecting oil and gas companies that must pay taxes to foreign governments), and changes to LIFO inventory rules. Some of these are non-starters in a Congress sharply divided on partisan lines.

Energy tax reform appears to remain a distant prospect. Small energy tax code changes may come in the lame duck session, but hopes for meaningful reforms will depend on the composition of Congress after the midterms and the Obama Administration’s willingness to compromise.