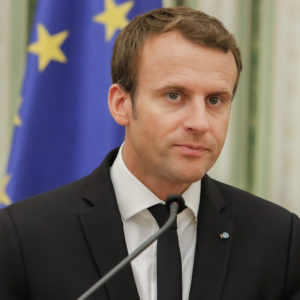 Outspoken French President Emmanuel Macron has called on the European Union to threaten retaliatory trade measures against the United States, all in the name of fighting climate change. Due to the Trump administration’s inaction on climate change and America’s lack of a carbon-based taxation model, Macron justified his call in the name of environmental justice and protecting Europe’s internal industry.

According to the Carbon Tax Center, carbon-based border adjustments (or carbon tariffs)“are import fees levied by carbon-taxing countries on goods manufactured in non-carbon-taxing countries.” As the United States does not have a carbon tax in place, this form of taxation serves as a protectionist measure to equalize the market and support greenhouse gas emissions reduction in the impacted industries.

Carbon tariffs and pricing floors are not new policy. A 2017 editorial by The Economist, found that any form of carbon taxation could increase consumer prices. Similar to other retaliatory trade measures, a carbon border tax ultimately takes into consideration the environmental impact of what it took to manufacture a specific product or material. Joseph Stiglitz, a Nobel Prize-winning economist and Clinton-era economic advisor, notes: “Other countries should prohibit the importation of American goods produced using energy-intensive technologies, or, at the very least, impose a high tax on them, to offset the subsidy that those goods currently are receiving.” Stiglitz wrote in 2006.

Macron initially proposed a carbon tariff regime and pricing floor for countries outside of the EU’s external border who have yet to ratify and adhere to the benchmark Paris Agreement in March of 2018. These countries include China and, as of  President Donald Trump’s decision to withdraw in 2017, the U.S. Before an EU body in Brussels, Macron spoke on the importance of “a border adjustment mechanism to avoid [penalizing] our companies because of our climate commitments,” compared to countries who do not have carbon price floors in place.

“Which also means we have to put in place taxation at the border for those who decide not to make the same environmental choice,” Macron added, according to a local report.

As the United States is unlikely to return to the Paris Agreement and or impose carbon taxes any time soon, Macron’s climate tariff model could be a legitimate trade issue in the coming months. The backdrop of a potential trade war exists as well.

Cato Institute’s Simon Lester believes that the European Union’s threats are notable but not yet concerning.

“In general, I don’t take the EU threat of tariffs here very seriously. Seems unlikely they would do it, and if they did, the US would retaliate,” Lester told Inside Sources. “On the other hand, the EU position will have an impact on any US-EU trade talks. If climate change action is a condition for a deal, such a deal may be hard to reach.”

He added: “I think it would kill any chance of a US-EU trade deal, and would lead to US retaliation.”

Lester makes a legitimate point. Given that the Trump White House maintains a heterodox position on the matter, climate change is not a policy priority.

“The United States will have an advantage over the EU because energy will be cheaper,” says Ronald Bailey, Reason magazine’s science correspondent. He added that if carbon tariffs are implemented in any deal, the issue will be based entirely on political and economic implications. “The only way to counteract to protect their manufacturing is to make sure products coming from countries that don’t charge a carbon tax or limit their emissions face the same type of levy.”

If one considers the nature of the trade row between the EU and the US, a deal that could be reached might be categorically different from what either side expects. Negotiators from both sides, luckily, have begun preliminary rounds of negotiations to iron out the details of the trade agreement made between Trump and European Commission President Jean-Claude Juncker.