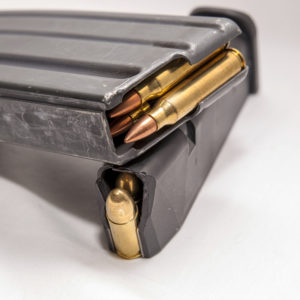 Magazine Capacity Restrictions, Not Assault Weapon Bans, Have Potential to Save Lives

In response to the horrific mass shootings in El Paso and Dayton as well as the many that preceded them, lawmakers are considering bans on “assault weapons,” with supporters of these policies arguing that “weapons of war” simply do not belong on our streets.

When I began conducting firearm research seven years ago, I supported these bans and the logic behind them. But after visiting gun stores, studying gun catalogs, talking to gun sellers and owners, and participating in target shooting with a variety of guns, that logic has dissipated. Today, instead of assault weapons bans, I believe that restrictions on the capacity of ammunition magazines make a lot more sense.

The main problem, I discovered, is how one defines an “assault weapon.” All firearms are designed for, and capable of, killing. As the owner of the first gun store I visited explained: “Any firearm can be an assault weapon. It’s not the type of weapon, it’s how it’s used.”

There is, in fact, no clear delineation of which firearms are “assault weapons” and which are not. It is the law that creates that distinction. And when it comes down to it, the only way one can define “assault weapons” is based on certain gun features, most or all of which are primarily cosmetic.

Most states with assault weapon laws define assault rifles by the presence of one of five features that are not directly related to their lethality. For example, in Massachusetts, a rifle with a folding stock is a banned assault rifle; however, if you drive a nail through the stock so that it is fixed, then it is no longer an assault rifle.

Other features that typically define an assault weapon are the presence of flash suppressors, bayonet lugs, pistol grips and grenade launchers. However, there is no evidence that any of these features make a gun more lethal. In what way does it protect the public’s safety to make sure that rifles don’t have a lug at the end of them?

As another example, the proposed federal assault weapons ban classifies semi-automatic rifles as assault weapons if they contain a barrel shroud, which is actually a safety feature designed to protect the user from burn injuries. It’s not clear to me how decreasing the safety of a gun is a public health measure.

In short, the purpose of these definitions is to prevent guns that “look like” military firearms. But arguing that “weapons of war” do not belong on our streets seems to be implying that highly lethal non-military, semi-automatic weapons do belong on our streets. From a public health perspective, the lethality of a firearm should be what’s relevant, not what the firearm looks like.

Moreover, manufacturers can easily overcome an assault weapons ban by making slight modifications to these firearms. For example, by connecting the stock to the pistol grip, an “assault weapon” suddenly becomes legal. In addition, there are innumerable semi-automatic pistols on the market that, equipped with large-capacity magazines, can produce the same number of casualties. One can purchase a 50-round drum magazine for almost any 9mm Glock pistol, and this would be legal under an assault weapons ban, in the absence of a restriction on magazine size.

A recent editorial in the New York Post tried to rectify this problem by calling for a ban that defines assault weapons based on factors directly related to their lethality, such as the rate of fire. However, the rate of fire of all semi-automatic weapons is essentially identical: it’s the rate at which the shooter can pull the trigger.

A further problem with assault weapon bans as an approach to the problem of gun violence is that these weapons are only used in a small number of shootings. My research has found that assault weapons bans are not associated with reductions in overall population rates of firearm homicide. Moreover, there are plenty of rifles available that do not have a pistol grip or other “assault weapon” features yet are capable of killing many people in a short period of time if equipped with a large-capacity magazine. So these bans are unlikely to either prevent mass shootings or substantially reduce the number of casualties in such an event.

In contrast, regulating the maximum magazine capacity is conceptually linked with the possibility of reducing the number of potential casualties in a mass shooting. If magazines were limited to 10 rounds, for example, a shooter could do much less damage before having to reload. The time it takes to reload, although only a few seconds, might be enough to allow people to flee or to incapacitate the shooter. There is, in fact, evidence that mass shootings that involve the use of a high capacity magazine result in substantially more fatalities and injuries as those which do not.

There is another reason I think that eliminating large-capacity ammunition magazines should be a legislative priority while banning assault weapons should not. Regulating ammunition interferes significantly less with the lawful use of guns. Unlike an assault weapons ban, it does not remove from the market hundreds of gun models that are commonly used by many people for hunting, target shooting, shooting competition, collecting or to enjoy tactical accessories. You don’t need a 30-round or 100-round magazine for any of these uses.

With that said, I think it is important to remember that the policies that have the greatest impact on reducing gun violence are those that regulate not the type of weapons available but to whom they are available. Specifically, laws that ensure that people at the greatest risk for violence (namely, people with a history of violence or threatened violence) do not have access to firearms appear to be the most effective, and these are the policies that should be a priority for legislators.

These laws include universal background checks, a permit requirement for the purchase and possession of a firearm, and restrictions on gun possession by people who have been convicted of a violent crime.

Michael Siegel is a professor of Community Health Sciences with a focus on tobacco use reduction at Boston University School of Public Health. He wrote this for InsideSources.com.