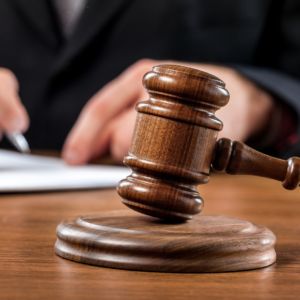 Union Accused of Rampant Fraud by Largest Ever Decertification Effort

Minnesota is in the midst of what could be the largest union decertification effort ever, but those behind the campaign are now alleging vast fraud.

The Service Employees International Union (SEIU) formed a massive bargaining unit in the state back in 2014. SEIU Healthcare Minnesota held an election and supposedly organized 27,000 people who are registered as Personal Care Assistants (PCA). Some in the bargaining unit complained, and a campaign was launched to decertify the union.

The Center of the American Experiment, a conservative Minnesota think tank, along with other advocacy groups formed the campaign on behalf of the disfranchised members. The groups began canvassing the state for signatures to show enough care providers wanted to hold a decertification vote.  They soon began to suspect vast fraud and abuse by the union and state.

Many of the care assistants weren’t traditional employees but rather people collecting Medicaid funds in order to take care of loved ones. Seaton, Peters & Revnew became the primary law firm representing the disenfranchised members. Attorney Doug Seaton suspects the whole bargaining unit was a ploy so the union could collect more dues.

“The overarching framework here is we believe there has been a corrupt political bargain between the governor and Democratic Party in our state and the SEIU to basically hand over these poor personal care attendants for fleecing,” Seaton told InsideSources. “There really isn’t any good explanation for this except outright political corruption.”

The decertification campaigners first began suspecting there was something amiss when they were out collecting signatures. The union members primarily worked in homes which required the campaign to canvass across the state. The campaign quickly discovered the membership list the state provided was completely inaccurate.

“We had about three teams of canvassers, we started doing postal mailings, we started doing phone banks and a website,” Russ Brown, who is helping the effort, told InsideSources. “That was based on a list that we believed to be mostly good. We were thinking the list might be off by as much as fifteen to twenty percent. As it turned out the list was mostly bad.”

Some addresses led to empty lots where there was no house. Others led to homes where people lived that didn’t match the name provided on the list. The questionable list, however, wasn’t the only thing amiss. The campaign also alleges identity theft, unlawful due deductions, and voter disenfranchisement of those opposed.

“There was just a lot of different weird things going on,” Brown said. “At the places where we would find people we would hear stories about how all of a sudden their dues were being taken out of their Medicaid payments and they specifically told the union they were not interested.”

Labor unions can often require mandatory dues, but in this case, they were prevented because of an earlier U.S. Supreme Court ruling involving home healthcare providers in Illinois. The Center for Worker Freedom (CWF) helped with the canvassing and found the union might have also engaged in identity theft.

“One Woman believes very strongly and provided evidence that the union forged her signature on an authorization card,” CWF Executive Director Matt Patterson told InsideSources. “The basic picture this paints, in my view, is that the election was highly suspect, and there was possibly identify theft.”

Patterson adds the union did respond by saying it held an investigation. SEIU Healthcare Minnesota determined it was inconclusive but still decided to refund her money anyway. Patterson notes the refund only happened after she complained multiple times.

“She is absolutely certain the union forged her signature in order to take money from her,” Patterson said. “You wonder how many people this happened to that just never noticed or they just didn’t complain about it or whatever. We suspect the number is fairly high because if they did this to one person, it probably wasn’t just one person.”

The decertification campaign now suspects the original union election may have been fraudulent. It filed legal statements petitioning the state to investigate the charges. The Minnesota Bureau of Management Services will decide whether to open an investigation, as well as whether to hold the decertification vote.

“We filed a couple things,” Seaton said. “One, we filed a petition to get an election. Two, we filed these affidavits about the fraud and demanded that they give us the old cards, investigate, and do a rerun election.”

The decertification campaign plans to appeal to the courts if the state agency doesn’t rule in its favor. Those involved believe the state itself may be on the side of the unions. Democratic Gov. Mark Dayton has worked to help the union organize the care assistants, though he does maintain he’s a neutral outside party.

“We’re going to ask for the state to show the original showing of interest,” Brown said. “We have enough hours and enough experience out there to know that we don’t believe there’s any conceivable way they ever could have had the showing of interest, and we’ll see where that takes us.”

Seaton has already had to go to court in order to demand the state provide an accurate membership list. The union and state stonewalled but eventually were forced to abide. The second list wasn’t accurate either. Several more complaints later and the decertification campaign had three lists that were completely different from one another.

“At one point they turned over a list that had nothing but names on it,” Brown said. “There was no other information at all. It was just names. So we cross referenced that list with the [other] list, and we found they didn’t match. And that took place about two weeks before we got the actual supposed real list, which we cross referenced, and it didn’t match that list. It was like the state was making up names and throwing them at us.”

SEIU Healthcare Minnesota was able to come up with a tentative bargaining agreement. The decertification campaign, however, questions the agreement because they came up with it only after closing their meetings to the public. The agreement cannot be ratified until after the dispute is resolved.

“We were attending the bargaining sessions, and the SEIU was livid about that,” Brown said. “They closed it for the last one. They didn’t make any progress in like a half a dozen sessions that we attended. The last one they closed, and lo and behold they’re claiming to have a tentative agreement.”

Minnesota lawmakers allowed the union to organize all home healthcare workers as a single bargaining unit by passing a law dictating they are state employees simply because they collect Medicaid funds. Democratic Gov. Mark Dayton tried to do the same in 2011 through an executive order, but it failed in the courts.

“Gov. Dayton said the choice PCAs are employees of the state for the purpose of collective bargaining only, and no elections, start bargaining,” Brown said. “We went to court, Dayton lost, then that left the SEIU supposedly coming up with a showing of interest. They won the election.”

SEIU Healthcare Minnesota has hit back against the decertification campaign. The union alleged the campaign has coerced members into signing cards to authorize the decertification vote. SEIU organizer Phillip Cryan sent a letter listing 12 members who claimed to have been coerced by the canvassers. Brown notes only two of the names listed were on the membership lists the state provided.

“He sent us a letter stating that our canvassers coerced the PCAs,” Brown said. “So I got these ten cards supposedly signed by people where my canvassers went to their door, which is impossible because if we never had their name or address, we just wouldn’t do that. If we don’t know they’re there, we didn’t know they existed.”

Greene has argued that even the supposed benefits have been problematic. SEIU Healthcare Minnesota, for instance, has promised that members won’t be able to work for more the 40 hours a week, which is nearly impossible for those taking care of loved ones.

The Minnesota Bureau of Management Services could make a decision at any moment. The agency, however, isn’t subject to a deadline so it could also take its time. Where the dispute goes from here essentially comes down to what the agency eventually decides.

SEIU Healthcare Minnesota and the state did not respond to requests for comment by InsideSources.