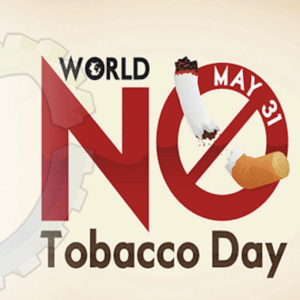 Make May 31 World No Smoking Day, Not No Nicotine Day

May 31 is World No Tobacco Day and the World Health Organization wants smokers to “commit to quit.” Unfortunately, as with so many issues recently, the WHO misunderstands the problem—and its solution is both patronizing and ineffective. Worse, other WHO policies, such as its opposition to less harmful nicotine products, actually make it more difficult for smokers to quit.

Started by the WHO in 1987, World No Tobacco Day is a “yearly celebration [that] informs the public on the dangers of using tobacco, the business practices of tobacco companies, what WHO is doing to fight the tobacco epidemic, and what people around the world can do to claim their right to health and healthy living and to protect future generations.”

The theme of this year’s “celebration” is “commit to quit.” The WHO has produced a video that powerfully highlights the dangers of smoking and emphasizes that quitting is the only solution. It also suggests that the best way to quit is to go cold turkey: stub out your last cigarette, throw the rest away, and never look back. Many people do quit smoking successfully that way. However, most do not.

The problem with World No Tobacco Day is right there in the title: It assumes tobacco is the problem. It is not. The problem, as the video acknowledges, is smoking. It is long-term smoking that causes heart disease, circulatory problems, emphysema, and cancers of the lung, mouth, throat, esophagus, pancreas, and other organs. It causes these problems because, when a person smokes, they inhale large quantities of toxic chemicals, nearly all of which are the result of the combustion process.

Surveys suggest that adult American smokers understand that smoking is harming their health. And most have already committed to quit, often several times. (Surveys from other parts of the world suggest that the same is true nearly everywhere, including India and China, which have the largest number of smokers.) But the vast majority of quit attempts fail, with smokers taking up the habit again within a year. That is why telling smokers that they should “commit to quit” is both patronizing and ineffective.

Fortunately, smokers in America have available to them many means by which they can increase the success of their quit attempts. These include nicotine replacement therapies (NRT), such as gums and lozenges, which the FDA has approved for long-term use—recognizing the fact that nicotine itself is not a significant health threat.

But for many, many smokers, the most effective way to stop smoking for good is to switch to a far less harmful but equally pleasurable substitute—namely e-cigarettes. Indeed, a major assessment published in the New England Journal of Medicine in 2019 found that smokers who switch to vaping are nearly twice as likely to remain off cigarettes 12 months after quitting than smokers who use NRT.

However, the WHO opposes vaping almost as vehemently as it once opposed the use of face masks to combat the transmission of COVID. In both cases, the harm to health is incalculable. And in both cases, blind dogma is to blame. In the case of COVID, the WHO adhered to a misguided view of airborne transmission. In the case of vaping, the WHO is so opposed to tobacco of any kind, that it ignores the evidence both on the relative harm of e-cigarettes and on the role they can play in enabling people to quit.

If the WHO actually wants to help the world’s 1 billion smokers, it should stop telling them that they should “commit to quit.” Instead, it should encourage them to find ways to quit smoking using any option that is substantially less harmful and enables them to remain abstinent. It’s time for the WHO to wake up and smell the vapor.

Julian Morris is a Senior Scholar at the International Center for Law & Economics, a Senior Fellow at Reason Foundation, and the author of 'The WHO’s Opposition to Tobacco Harm Reduction: A Threat to Public Health?' He wrote this for InsideSources.com.