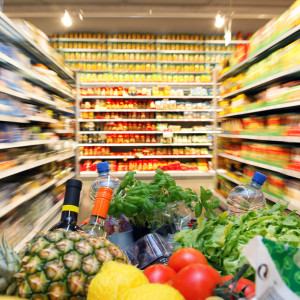 Posted to Politics March 17, 2016 by Rebecca Vallas and Melissa Boteach

Making jobless people hungrier won’t help them find work any faster. But that’s the logic underpinning a counterproductive and harmful policy that is set to take effect in just a few weeks, pushing hundreds of thousands of jobless workers into even deeper hardship.

On April 1, more than half a million Americans may lose vital nutrition assistance due to a little known provision in the Supplemental Nutrition Assistance Program (SNAP) that imposes a harsh time limit for so-called “able-bodied adults without dependents” — individuals aged 18-49 who are out of work, not caring for children in their homes, and who don’t have a disability that rises to Social Security’s strict standards.

Under the provision, these workers can only receive nutrition assistance for three months in any three-year period unless they are working 80 hours per month or participating in an approved job training program for the same number of hours. Job searching doesn’t count, no matter how hard someone is looking for work. And states aren’t required to provide job training to individuals who wish to comply with the rules but are unable to do so because the jobs simply aren’t there.

This time limit was put on hold during the recession due to record-high levels of unemployment. But as the economy has improved, nearly half of states have reinstated the time limits. Unfortunately, some are choosing to do so even though their states — or significant parts of their states — still face high unemployment rates.

As a result, come April 1, between 500,000 and 1 million unemployed and underemployed Americans are at risk of losing their SNAP benefits.

Proponents of harsh time limits claim that they “encourage the unemployed to take the job search seriously” or that “the economy has recovered sufficiently” for them to find jobs. But the last thing struggling Americans need while looking for work is to worry about where their next meal will come from. And although economists have declared the recession over, millions of unemployed or underemployed Americans still aren’t feeling the nation’s economic recovery.

Moreover, although the people at risk of losing food aid have been classified as “able-bodied adults without dependents,” many face serious barriers to work. According to a recent study in Ohio, more than 12 percent report having a disability, nearly a quarter have children not in their care, 13 percent serve as caregivers for a relative or loved one, and nearly half report facing barriers to transportation that make it hard for them to get to a job. More than a third have a felony conviction, which often is a recipe for having one’s resume thrown in the trash.

The study also found that nearly one in five were working but had been misclassified, in some cases because fluctuating hours made it hard for them to consistently meet the 80-hour monthly work requirement.

These struggles underscore an urgent need for policies that create pathways to good jobs for the most disadvantaged workers, including investments in apprenticeships, subsidized job opportunities that encourage employers to hire workers with barriers to employment, and national service slots that pair people in need of work with work in need of doing in our communities. We must also enact policies that address the barriers standing between qualified workers and jobs by ensuring that a criminal record is not a life sentence to joblessness and workers with disabilities have a fair shot at employment.

To solve the immediate problem, Congress should reform the harsh time limits so that jobless workers nationwide can access basic food assistance while they look for work. But there’s a lot that states can do to prevent needless hunger and hardship for out-of-work citizens as well.

For starters, states with high unemployment should stop voluntarily reinstating the harsh time limits. States that are required to bring back the limits should take steps to ensure that they are being correctly implemented so that individuals who are by law exempt from the time limit — such as the chronically homeless — aren’t needlessly left without basic nutrition. Finally, states can provide unemployed workers with job training slots that will enable them to continue to receive vital food assistance while preparing for a good job.

In an ideal world, policymakers would be working together to create good jobs and remove barriers to opportunity for workers who struggle to keep their heads above water in an economy that works only for the wealthy few. But at a minimum, it’s past time we stopped kicking people while they’re down.