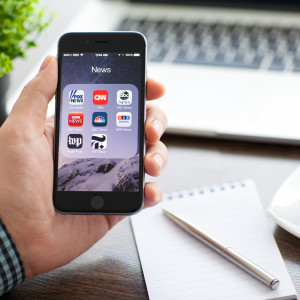 Report: Many Federal Agencies Don’t Know How Much They Spend On Their Own Smartphones

The federal government devotes an estimated $1.2 billion every year to mobile devices and related services for employees, including smartphones, but quite a few agencies fail to keep complete records of these items and their costs, according to a study released this month by the U.S. Government Accountability Office.

Many agencies don’t actually know how much they spend on devices or even how many they own, Carol Cha of the GAO told InsideSources. The spending estimate of $1.2 billion, which comes from the U.S. Office of Management and Budget, is simply “the best available number.”

“That number could be understated,” Cha said. “It likely is. … There’s so much potential savings here.”

Cha authored the GAO’s recent report examining the 15 agencies with the highest levels of annual telecommunications spending and found that most of them “did not have an inventory of mobile devices and associated services that can be used to assess device usage.” Specifically, 10 agencies “either did not have inventories or those inventories did not account for all devices and services.”

In addition, 14 of the 15 agencies had no demonstrable means of tracking overuse, underuse, or lack of use of their devices. Three agencies simply “did not have any documented procedures for monitoring mobile device usage.”

Although agencies generally had information on their mobile device contracts, this information “was not always valid, complete, or current.”

The GAO hopes these practices will change.

“Without an inventory that includes each device and associated service limits and rates, as well as documented procedures to assess device usage relative to service rate plans, agencies have a limited ability to … determine if a device should be canceled or moved to a more cost-effective service plan,” its report states.

Given that the federal government’s annual spending on mobile devices is expected to keep increasing, the GAO argues that “more consistent collection of device-level information and clearly documented review procedures would better enable agencies to ensure that they are not paying for unnecessary devices.”

“When you’ve got this many agencies out there that have no idea what they have in their inventory, how can they make smart purchasing decisions?” she asked in an interview with InsideSources.

With regard to mobile devices, Collier added, “I think the real key here is how many there are, and whether the agency knows who has one and who doesn’t.”