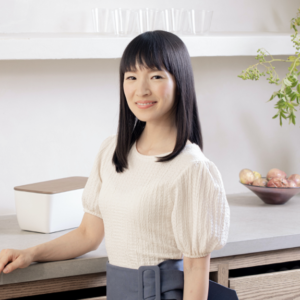 With Neera Tanden recently withdrawing as President Joe Biden’s nominee to head the Office of Management and Budget, some other likely candidates for the job are emerging. Maybe somebody should nominate Marie Kondo? The best-selling author of “The Life-Changing Magic of Tidying Up: The Japanese Art of Decluttering and Organizing,” has noted Americans “want to have more things when you have a bigger space” and counsels us to instead discard things that do not “spark joy.” Who better to take on the job of guiding the federal government toward spending and regulating within a budget and other sensible restraints?

I mention her in jest, but in all seriousness, how much have we spent on things that don’t justify your and my tax dollars? Right now, our debt is at roughly $28 trillion, or about $85,000 for every single person in America. Entitlement spending drives much of it, but surely we can find federal purchases that don’t spark joy—or, more accurately, that don’t justify the interest payments we’ll one day have to surrender.

The latest stimulus plan is giving unemployed people more money than they’d make on the job, even when some employers are having trouble filling jobs. Maybe that paid vacation sparks joys for some workers, but it certainly doesn’t for taxpayers.

One bill in 2017 estimated we could stop spending $1 million a year if we didn’t automatically print the Federal Register, a daily list of government regulations that is accessible online. It’s been with us since 1935. Back then, even people who passed government regulations found it “difficult or impossible” to keep track of them. By 1941, there were 7,950 pages in the register. In 2016, it numbered 95,964 pages.

The complete rules are printed in the Code of Federal Regulations, now standing at 180,000 pages. As Philip K. Howard, who founded the reform coalition Common Good, points out, most regulations were written by dead people. In a world changing faster than ever, how much sense does that make? Howard cites 80-year old regulations that force winery owners to write letters to states every single month to explain that they did zero sales there. The idea is to create a barrier to reduce sales of wine made from out-of-state grapes.

This is an example of a protectionist regulation because it shields established wineries from competitors in other areas whom consumers, if given the choice, might prefer to buy from. Indeed, while plenty of regulations do some good, many are written at the behest of special interests. They spark joy in those protected from competition, but misery in those just starting out who lack the resources to comply with a convoluted rulebook full of sometimes-pointless red tape.

Trying to start a new business that faces federal, state, and local regulations is daunting. There is no sure way to know which of the millions of requirements at the federal level alone affect your business. You may have a good idea, a location that works, and some start-up funding, but the dizzying tangle of rules, if you pay attention, can stop you in your tracks.

Millions of people have homes packed with junk or expensive rental units for the overflow. Our government has a similar problem. It spends far too much on things that don’t serve the needs of most people, and it holds onto confusing, expensive, and obsolete regulations even as it piles on more.

Is it crazy to think our elected representatives and federal agencies can learn something from Marie Kondo’s system? Governing is not the same thing as choosing what belongs in your home. But prioritizing what is enriching and essential, and saying goodbye to the rest, shouldn’t be controversial.