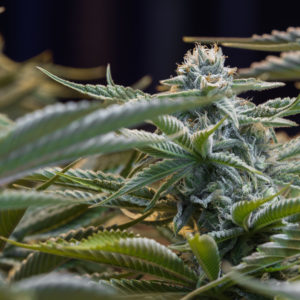 For marijuana legalization advocates, 2016 was a big year. In California, Maine, Massachusetts, and Nevada, voters passed legalization referenda. At the time, each state promised that legalization would allow marijuana to be regulated and taxed, with the proceeds going to fund public safety and health. Is that really the case? The example of Colorado shows that marijuana legalization benefits are rarely as clear as supporters claim.

Perhaps no state has embraced legal weed as fully as Colorado, the home of weed weddings and unity bowls, which voted to legalize cannabis in 2012. Four years later, tax revenues are high. Recently released numbers from the Colorado Department of Revenue show that recreational and medical marijuana sales reached $1.3 billion in 2016. Sales were above $100 million for eight months, with particular spikes during the summer tourism season. Where the tax revenues are going is less clear.

The retail wholesale of marijuana is taxed at a 15 percent rate in Colorado, with the proceeds earmarked for public education–one of the purported marijuana legalization benefits. In addition to this, retail sales are subject to a special marijuana tax of 10 percent. Both medical and recreational marijuana sales are also charged 2.9 percent sales tax. All told, the state’s marijuana tax cash fund is growing flush.

What happens with the money, however, is less clear. The first $40 million of tax revenues from taxes on wholesale sales are credited to a fund dedicated to renovating existing school buildings or constructing new buildings. Since $40 million is not enough to fully fund the project, marijuana taxation is one of four sources of money for the fund.

“To be clear, none of the money collected on marijuana goes for operating costs in school districts,” says Chris Stiffler, an economist for the Colorado Fiscal Institute. “Put simply, reefer hires roofers, not teachers. And, compared to the long list of capital needs throughout the state, not nearly enough roofers.”

Extra money from the separate cash fund, which voters earmarked for health care and substance abuse prevention, was used in part to fund anti-bullying campaigns in schools. In addition, some of the money was disbursed to smaller municipalities, which used it for a variety of programs ranging from streets to homeless shelters.

These marijuana legalization benefits come at a cost. Legalization in Colorado increased youth cannabis exposure. Specifically, legalization increased the number of small children (average age of two) admitted to poison control centers for ingesting cannabis, generally in the form of an edible. Admissions to the hospital in Aurora, CO nearly doubled after legalization.

“Colorado RPC cases for pediatric marijuana increased significantly and at a higher rate than the rest of the United States,” the study said.

“Almost half of the patients seen in the children’s hospital in the 2 years after legalization had exposures from recreational marijuana, suggesting that legalization did affect the incidence of exposures,” it continued.

On the other hand, the costs of legalization remain hidden. Colorado had increased public safety spending after legalization as officers worked to enforce sober driving laws. And legalization has not fully done away with the black market. People trying to avoid the state’s high taxes often turn to illicit sources.

“If people believe marijuana taxes are making Colorado rich, it’s because we’ve only seen half the ledger,” says Dr. Ed Gogek, a Colorado psychiatrist. “When we also consider the costs, legalization is probably a net drain on the state’s budget.”

These arrests meant that Nebraska spent an additional $10.2 million to enforce marijuana laws in 2014, a nearly 12 percent increase. The study credited the six-year high in drug arrests to Colorado’s legalization. While the study did not have access to more recent statistics, sales in Colorado have only grown in the past two years.

Nebraska sought unsuccessfully to force Colorado to shoulder some of the burden for the increased law enforcement costs.

With the start of 2017, Colorado will face competition for weed tourism from another four states. Meanwhile the questions about public health and safety remain open. The state may be collecting taxes, but is it really coming out ahead?