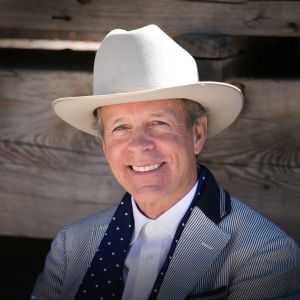 Republican strategist Mark McKinnon is a co-creator and co-host, plus one of the executive producers, for "The Circus" documentary on Showtime.
News

NATIONAL HARBOR, Md. — For all its intensity, Thursday’s brutal Republican presidential debate didn’t derail Donald Trump on his way to the GOP nomination, and it’s highly unlikely the party will have a contested convention in July.

“I haven’t seen anything happen tonight that’s fundamentally going to reshape the race,” McKinnon told InsideSources more than halfway through the debate, in which Trump rivals Ted Cruz and Marco Rubio assailed the front-runner.

But that doesn’t mean the back-and-forth among the candidates wasn’t newsworthy.

McKinnon, one of the most prominent strategists in American politics, said he’s “never seen anything close” to the New York business mogul’s apparent reference to his penis size. “This is not the kind of thing you want to play in front of children,” he said.

Talking about his hands, Trump said, “if they’re small, something else must be small.”

He then added, “I guarantee you there’s no problem.”

“It really has deteriorated to a ridiculous level,” McKinnon said of the dialogue between the Republican candidates. “You can only imagine what other countries think looking at this.”

Clad in his trademark hat and scarf ensemble, the strategist swept into the conference’s debate watch party with a camera crew for his Showtime series “The Circus,” which chronicles the 2016 White House campaign.

Looking ahead to the prospect of Trump in the general election, McKinnon told InsideSources that likely Democratic nominee Hillary Clinton “could blow his ass out of the water” as the convention wisdom holds — or Trump could throw convention wisdom out the window yet again.

“I tell my Democratic friends to beware of what you ask for,” McKinnon said.

Asked about his own vote in November, the strategist confirmed only that he’ll support a presidential candidate.

Pressed on whether his choice would be a Republican, he said, “I’m never absolute about that. I’m open to anybody — whoever I think is the best.”

Noting his vote for 2012 Libertarian Party presidential nominee Gary Johnson, who is seeking the Libertarian nod again this year, McKinnon said, “I might vote for him again!”