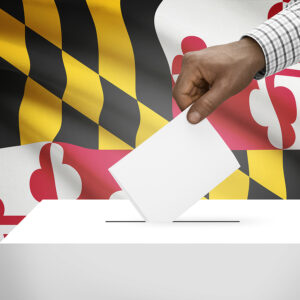 In the deep-blue environs of Maryland, Democrats like Sen. Chris Van Hollen and Rep. John Sarbanes are vocal supporters of H.R.1, the “We, the People Act.”

“Americans across the country were forced to overcome rampant voter suppression, gerrymandering, and a torrent of special-interest dark money just to exercise their vote and their voice in our democracy,” Sarbanes says on his website. “It shouldn’t have to be this way.”

And yet when it comes to extreme gerrymandering, that’s exactly the way it’s going to be, Republicans say. In fact, some of the same Maryland Democrats who support H.R.1 are backing a congressional redistricting plan that would deny Republicans any representation in the federal delegation.

“Gerrymandering is the way of life in Maryland,” GOP state Sen. Bryan Simonaire told InsideSources. “It is a foregone conclusion that the congressional maps will be gerrymandered. The only question is whether the Democrats are satisfied with 7 of the 8 seats or will they try to get all 8 seats.”

Maryland, along with other Democratic-controlled states like New York and Illinois, is emerging as a poster child for partisan gerrymandering, even at a time when Democrats propose federal legislation to end it.

Debating over how to draw districts is nothing new. The phrase “gerrymander” goes back to 1812 and the distorted, hyper-partisan redistricting proposed by Massachusetts’ Gov. Elbridge Gerry (pronounced with a hard “g”). But Maryland may be approaching an extreme that could make cynics blush.

In 2000, as today, there were eight House of Representative seats in Maryland. They were split evenly between Republicans and Democrats. In 2002, the Democrats who controlled the legislature and governor’s mansion openly acknowledged their goal was to shift the balance to six Democrats and two Republicans.

Now Democrats are reportedly considering maps that would all but guarantee no Republicans in the state’s delegation.

Similar extremes are reportedly under consideration in New York, where a current 19 Democrat/8 Republican breakdown could turn into a 23 Dem/3 GOP delegation. (New York is losing a seat due to the most recent  Census.)

In Oregon, Republicans are suing over a new map to add the state’s sixth congressional district, drawn to guarantee Democrats control five of them. “That 83 percent ratio far exceeds the 56 percent share of the votes Oregonians cast for Democrat Joe Biden in the 2020 presidential election,” The Oregonian reports.

Nationally, Democrats say they support citizens’ commissions to combat gerrymandering, like the one installed by Maryland Gov. Larry Hogan (R).

“Governor Hogan campaigned against gerrymandering,” said Walter Olson, Republican co-chair of the state’s Citizen Redistricting Commission. It’s made up of three Republicans, three Democrats, and three independents. “The idea for our commission was to draw maps not drawn to gain an advantage. The process is structured as such to be neutral.”

In proposing maps, the Maryland commission is forbidden to favor parties or politicians, and they are not allowed to consider party registration numbers or the location of political incumbents.

But that point is moot as the legislature, which has a Democratic supermajority, has appointed its own committee and, in the end, is free to ignore all recommendations and pass a partisan, gerrymandered map as it did in each of the past two redistrictings.

Neuroscience professor Samuel Wang heads the Princeton Gerrymandering Project, an effort to understand the real-world implications of gerrymandering through analysis and interpretation of available data. “We translate the math into law and the law into math,” the project’s website reads.

The project’s team has found a gerrymandering sweet spot when it comes to maps. Politicians want to bolster their support in districts while not overloading the partisan lines.

“It seems what politicians are doing is that if they can get over 60 percent that district is never going to flip,” said the project’s senior legal strategist Adam Podowitz-Thomas. “They’re instructing computers to draw lines 60 to 70 percent within their party lines. They’re drawing the lines to serve both immediate interests and long-term [partisan] interests.”

Still, some argue there’s value in public commissions even if their recommendations are ignored because they bring the process out in the open. Olson said before now the process had tended to be somewhat secretive, done largely by political insiders.

“The results were simply announced,” he said.

Simonaire would like to see changes, too, but says he has little hope the final outcome will be anything other than a partisan map drawn by Democrats.

“Political leaders know what is right for the people,” Simonaire wrote. “But the question remains whether they will have the political courage to do it.”

Matthew Liptak is a news, feature, and content writer and editor from Maryland. He wrote this for InsideSources.

By Cristina Enache on August 14, 2022
With a possible global recession looming, tax policy has become a point of contention. Now is the…
Read More