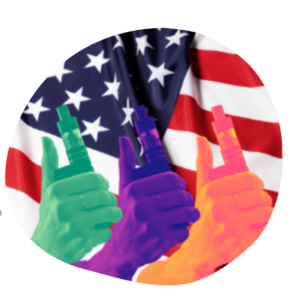 The Consumer Choice Center (CCC), a consumer and lifestyle freedom advocacy organization, has declared Massachusetts one of the worst U.S. states for vaping regulation.

Massachusetts Gov. Charlie Baker, a Republican, announced a multifaceted campaign against vaping products amid a rash of lung injuries associated with the behavior.

As a result, the Baker administration has backed the implementation of invasive flavor bans and heavy taxation on flavored vaping products. The center’s rankings on Massachusetts’ cases speaks for itself — with a 75 percent sales tax on wholesale products.

“Massachusetts is far behind all the other states because of its flavor ban and its exorbitant taxation on vaping products,” said David Clement, North American affairs manager for CCC. “Our research indicates Massachusetts’ policies deter adult smokers from turning to vaping, which could vastly improve and prolong their lives.”

Nearby New Hampshire is believed to be more welcoming to vaping and the industry, while still having a moderate score on the CCC’s vaping index. Unlike Massachusetts, the state government in New Hampshire has only levied an 8 percent excise tax on wholesale products.

The tax is still higher compared to states with lower tax rates and none at all.

In addition, the vaping industry in New Hampshire is extensively more active than other states that have similar ratings to that of Massachusetts. Alex Norcia, a contributor to Filter, reported in July that vape shops in New York state are setting up on Native American reservations to circumvent the Cuomo administration’s aggressive vaping regulations.

The freedom to use a vaping product exists heavily in states where there is already a more relaxed approach to recreational drug regulations.

A study by Dr. Abigail Friedman, an assistant professor at the Yale School of Public Health, found that states with liberalized marijuana industries saw the least reported cases of the noncommunicable e-cigarette and vaping associated lung injury (EVALI) that was widely reported throughout 2019.

“If e-cigarette or marijuana use per se drove this outbreak, areas with more engagement in those behaviors should show a higher EVALI prevalence,” Friedman said in her study. “This study finds the opposite result. Alongside geographic clusters of high EVALI prevalence states, these findings are more consistent with locally available e-liquids or additives driving the EVALI outbreak than a widely used, nationally-available product.”

Friedman found that five states with some of the earliest legalization of recreational marijuana all had less than one EVALI diagnosis per 100,000 residents in the 12 to 64 age group.

These states include Alaska, California, Colorado, Oregon and Washington. Since most of the EVALI cases reported to the Centers for Disease Control and Prevention focus on adulterated and illicit marijuana vaping products, the epidemiological analysis in

Friedman’s study shows further evidence that bans on nicotine vaping products are implemented on the backs of EVALI injury outrage.

The Consumer Choice Center’s vaping index reports that Alaska, Colorado and Oregon are three of the most friendly states for vaping.

California is one of the worst; Washington has a better rating than most states.

These collective findings are well-founded when considering the impact of state-level regulation on the vaping industry and, therefore, the accessibility of vaping products.