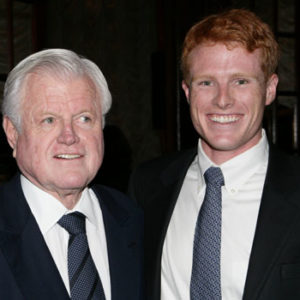 Massachusetts U.S. Senate Race Could Be 2020’s Biggest Shock of All

BOSTON — In a year already notorious for non-stop turmoil, shocks and surprises, politics may be about to deliver its most “2020” moment yet: A Kennedy losing an election in Massachusetts.

The last time a Kennedy was defeated in the deep-blue bastion of Massachusetts was…never. No Kennedy has lost at the ballot box since John F. Kennedy was first elected to Congress in 1946. And certainly no Kennedy has ever lost a Democratic primary.

And yet, polls predict that’s exactly what’s about to happen on Tuesday in the U.S. Senate Democratic primary between challenger Rep. Joseph P. Kennedy III and incumbent Sen. Ed Markey.

If your reaction is “Ed who?”, don’t feel bad. When the primary race kicked off last year, polls showed 36 percent of Markey’s own Bay State constituents either hadn’t heard of him or didn’t know enough about him to have an opinion. That’s an astonishing number given the 74-year-old Markey was first elected to Congress in 1976 — four years before JK3 (as the young Kennedy is known on social media) was even born. Rep. Markey became Senator Markey in a 2013 special election to replace John Kerry, when he became President Obama’s Secretary of State.

“If Joe Kennedy gets into this race against Ed Markey, Joe Kennedy is not only the front-runner, he wins that race,” Massachusetts Democratic strategist Mary Ann Marsh said at the time.

Today, Markey is leading Kennedy by more than 11 points in the latest RealClearPolitics poll average. Markey also had more cash-on-hand in the campaign’s final days, and most observers believe he bested JK3 in their televised debates.

“Ed Markey and his campaign made this a race about policy, not personality,” says veteran Massachusetts pollster David Paleologos, director of the Suffolk University Political Research Center. “Kennedy has the cache of his name, but Markey has been advocating the progressive policies that energize the current Democratic Party.”

Among those polices is the Green New Deal, which Markey announced with great fanfare standing beside progressive rock star Rep. Alexandria Ocasio-Cortez. Markey is also an outspoken advocate of so-called ‘net neutrality’ regulation of the internet, and he was one of 16 original co-sponsors of Sen. Bernie Sanders’ Medicare for All legislation.

“This is a solid win for progressive policy,” says Mara Dolan, a Massachusetts-based Democratic strategist who has advised the Markey campaign.

“Today, supporting the Green New Deal and Medicare for All, as well as fighting for racial and social justice, are musts for Democrats. There would be no Green New Deal without Ed. Markey’s being more experienced than his opponent showed that progressive issues are embraced by all generations. By talking about these issues in practical, down-to-earth terms, Ed Markey provided a model for progressives across the country on how it’s done.”

In fact, according to the rankings at Progressive Punch, Markey has the highest lifetime progressive ranking in the Senate, narrowly edging out fellow Bay Stater Elizabeth Warren by 0.04 percent.

“Markey has morphed into Bernie for younger voters,” says Spencer Kimball, Director of Emerson College Polling. “Yes, Biden won [the 2020 presidential primary] here, but with a plurality. Warren and Sanders together got about half the vote. The Massachusetts Democratic primary voter is more liberal today than in the past.”

Nobody is going to confuse Kennedy for a moderate, and he’s moved left during the course of the campaign. But he’s openly appealed for support based on his family name, sending out mailers with the message “For Joe Kennedy, this fight is in his blood” and running TV ads featuring his great-uncles JFK and Ted.

But Markey hasn’t shied away from fighting on Kennedy’s political turf.

One Markey campaign video, which has been viewed more than 3 million times, used JFK’s most famous words to undercut Rep. Kennedy’s candidacy: “We asked what we could do for our country. We went out, we did it,” Markey says in the ad. “With all due respect, it’s time to start asking what your country can do for you.”

“That line drew blood,” one Massachusetts Democratic operative told InsideSources. “My text messages blew up when that hit.”

Like many Democrats in the Bay State who don’t want to cross either an incumbent U.S. Senator or the Kennedy clan, they asked for their name to be withheld. Many Massachusetts campaign pros have been surprised by Markey’s success in turning the race around.

To Paleologus, it’s a sign that the progressive coalition in the Democratic Party is on the rise. Noting that Kennedy’s even had the aggressive support of Speaker Nancy Pelosi, “If Markey does win, it will be as much a victory for progressive groups like the Sunrise Movement and Justice Democrats as for Markey himself.”

Because of COVID-19, voting in the Tuesday primary began weeks ago and most observers believe Markey is leading with early voters. Kennedy has stepped up his campaign in the waning days and is counting on election-day votes to give him the win.

Both pollsters agree that writing off Joe Kennedy — or any Kennedy — in Massachusetts is a mistake.

After all, it’s 2020: A year when anything can happen. And probably will.