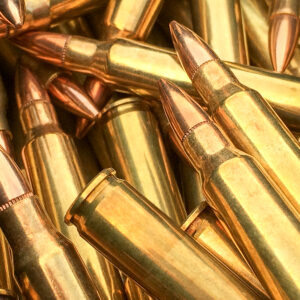 Stop the horror. Those are the first words that come to mind when we think of the latest two mass shootings in the U.S. and then North Korea’s first missile tests of the Biden presidency.

For sure, for immediacy, the twin massacres grabbed the headlines, inspiring far more controversy and commentaries than North Korea’s challenging Pres. Joe Biden with the first missile tests of the year. For me, the primary issue was not the alleged anti-Asian motivation for the Atlanta killings or whatever led to the Boulder killings, but how in hell do these guys manage to buy assault weapons with such impunity?

You would have to have lived in the U.S. for most of your life, to have heard all the arguments for and against gun control, to grasp how totally stupid, and otherwise demented are the claims that all red-blooded Americans are entitled to pack heat in the form of pistols, automatic weapons, anything short of a .50-caliber machine gun or a rocket-propelled grenade.

Yes, yes, as the National Rifle Association and every other good rifle-hefting believer in his or her God-given right to blast off a clip of bullets with an AR-15 rifle will tell you, the right to shoot to kill some imaginary zombie who’s about to attack you is enshrined in the Second Amendment of the U.S. Constitution. Here’s what it says: “A well regulated Militia, being necessary to the security of a free State, the right of the people to keep and bear Arms, shall not be infringed.”

Actually, it wasn’t until fairly recently, half a century or so ago, that gun nuts convinced a majority of politicians this meant all Americans could and probably should keep and bear arms. Never mind what it really means, namely that people can keep and bear arms as members of the militia, the 18th-century term for today’s National Guard or Reserve troops. And since they would have a right to do so only as members of this militia, they should keep their arms under lock and key with their guard unit, presumably at its headquarters.

Foreign readers may find it difficult if not impossible to understand, but if this interpretation of the Constitution were to appear in American newspapers, they would inspire a cascade of vitriolic mail, including threats. So sacred do these nuts hold their right to carry weapons that they think those who dispute this motion are unpatriotic, actually traitors, emissaries of America’s foreign foes, anything you can name.

Which brings us to weapons of mass destruction. Whenever you read about how many tens of millions might be killed in a nuclear blast, how many millions would die in the pouring rain of deadly chemicals, and how many more millions would collapse the instant they’re touched by biological droplets, you yawn and go on to the sports page.

Who can imagine the potential for mass killing by nuclear, chemical, or biological weapons? The numbers are so horrific, so hard to believe, that the immediate visceral response is, ‘not in my lifetime.’ Maybe a few decades from now, a century or two hence, some leader will lose his mind and actually fire off these weapons, just not now.

So far all that’s holding everyone back is the knowledge of what happened when the Americans A-bombed Hiroshima and Nagasaki in August 1945. Those scenes of mass killing were petty, isolated, really nothing, however, compared to the destruction and deaths that the latest weapons of mass destruction can inflict.

Look at North Korea’s last nuclear test in September 2017, months before South Korea’s President Moon Jae-in and former Pres. Donald Trump went into paroxysms of hopeful diplomacy with North Korea’s Kim Jong-un. That blast pretty well destroyed a small mountain, killing a couple of hundred people, but what should also have caught everyone’s attention was that it was many times stronger than the Hiroshima blast.

Not saying North Korea is about to bomb anyone from here to kingdom come. Maybe someone else will be the first to drop the big bomb. Just saying, the fact that North Korea is now again testing missiles shows we’re getting nowhere fast to head off a nuclear holocaust, and we better act fast before someone, a few tens of millions of us, get hurt.