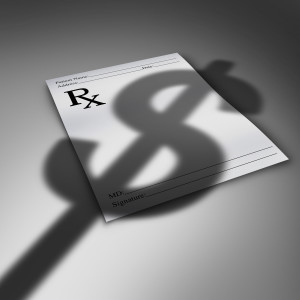 Maybe We’re Not in a Health Care Crisis?

America’s health care debate revolves around two talking points, both of which lead the discussion down some nonproductive alleys.

The first point is that on certain key dimensions — lifespan, infant mortality and so forth — America’s metrics underperform other developed countries and even some lesser-developed countries. The second is that Americans spend more on health care than any other country, both per capita and as a percentage of Gross Domestic Product.

We’ll save the first point for another day, other than to say that many of the oft-cited metrics are half-truths, outright falsehoods or non sequiturs. America’s quality of care could be significantly better than it is, but it’s still at or near the world’s pinnacle. The oft-cited comparisons with other countries rest on an aging, poorly executed paper from the World Health Organization. (For those impatient to know why, Google Glen Whitman’s “Who’s Fooling WHO” and Scott Atlas’ “The Worst Study Ever?”)

Here, though, let’s focus on the second point. The United States does spend considerably more than any other country on health care. Observers (on both the political left and right) commonly recite this point as prima facie evidence that American health care is in crisis. They generally assume salvation lies in some sort of reforms to the health care system (particularly the insurance system) — though they differ ferociously on which reforms.

But an alternative view — convincing, I believe — is that America’s heavy health care spending does not by itself constitute a crisis and is driven mostly by factors outside of health care.

Two 2017 articles by Peter Laakmann (“The Price is Right” and “Unique Features of the US Health Care System Are Unlikely to be a Major Cause of High US Health Spending”) provide powerful evidence that Americans spend more on health care because, in effect, we’re wealthy spendthrifts (on everything) — not because of anything intrinsic to American health care.

As Laakmann notes, Americans spend a higher percentage of GDP on practically everything — for the simple reason that Americans save less and consume more than residents of other countries. Rather than stashing our income away for the future, we choose to buy things today — education, housing, travel, and, of course, health care.

But American health care spending as a percentage of household consumption (rather than GDP) is only slightly higher than in other developed countries.

Furthermore, Americans have a massive amount of accumulated wealth — cash, securities, real estate and so forth. So, we tend to buy things, including health care, using this extra reserve.

Here’s a small analogy to illustrate the point:

Now, a social scientist studies their behavior. He notes Smith goes to ritzier restaurants. This, he concludes, is why Smith spends so much. “If we can get Smith to go to the same downscale restaurants where Jones dines, his expenditures will drop to Jones’ level.”

But this misses the key factor. Smith’s bigger tab stems from the fact that, unlike Jones, he has an extra $100 to blow each week on consumption. Smith spends 20 per cent of income on dining out, while Jones only spends 18 percent. But as a percentage of consumption, both men spend an identical 20 percent ($200 of $1,000 for Smith, $180 of $900 for Jones).

This is not a plea for policy nihilism. Perhaps Americans’ low saving rate and high consumption is a brewing crisis. But if so, doodling with the health care system isn’t going to change that. And, no doubt, Americans could get far more health from their health care spending than they do — but that doesn’t necessarily mean lower expenditures.

But in formulating policy, perhaps we should rethink the assumption that we’re in crisis and that health insurance reform is the solution.