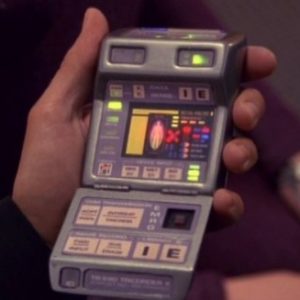 In early 1960, my brother-in-law died of cancer. Today, that cancer is easily detected and cured. But then the signs to look for were not obvious, doctors only had their experience and a few documents to research a cure.

Today, we have information overload. Each year there are about 1.5 million medical papers written in 4,600 journals. Of those, about 150,000 are related to cancer, plus there’s hidden information stored in doctor’s cabinets. A cure for a specific cancer may be out there, but how does one find it?

Before getting to that point, the problem must first be identified. It sounds easy; however, many people do not have easy access to doctors, let alone experts. In 2012, Qualcomm Corp. established a $10 million competition prize to develop a Tricorder. If you watched “Star Trek,” a TV series set in the year 2364, you’d know a Tricorder was a handheld medical device. It was moved over the body to perform functions non-invasively of temperature, heart rate, lung capacity, complex body functions and evaluations, including detecting cancers. A winner will be named this year.

Today, it is not possible to perform all the miracles of “Star Trek,” but we are moving in the right direction. It’s already feasible to use light sensors to gather information about blood flow and oxygen levels without taking a blood sample; about temperature without touching the patient; and to evaluate gases in breath to indicate certain diseases. Dr. Michael Rubinstein, a computer scientist at the Massachusetts Institute of Technology, developed a technique to see barely perceivable movements of the body: breathing; heartbeats and skin color changes.

One of the Tricorder finalists, Dr. Walter De Brouwer, also of MIT, is looking toward obtaining instantaneous vital readings, molecular diagnostics, visualization, and the storage of personal health data all wrapped in an easy-to-use device that would connect to a smart phone or tablet. As fast as computers are, they can’t do all the things we’d like. In 2364, computer capability would probably outstrip the human brain in the evaluation of symptoms; today, we need human evaluators as a precursor.

Before that future is upon us, a database of oncology information must be captured to assist in the evaluation. Eric Schadt, a mathematician who started the Icahn Institute for Genomics and Multiscale Biology at the Mount Sinai Hospital in New York, stated the data problem of information collection best. If human biological complexity can be likened to an animated movie, then a hundred years ago we had about one pixel’s worth of understanding that complexity. With a single pixel, you have no idea what the story is. However, with more pixels, hundreds or thousands of patterns and themes begin to emerge.

One of the real problems of determining a cure for a specific type cancer is finding out how treatments work. Up until recently, 97 percent of patient information has been stuck in health records in offices. Unlock that information, present it in a searchable form, and suddenly solutions or paths that have worked become visible. Legislation created in 2009 required electronic records be made available for research. Now the problem is how to analyze them, and it is being attacked on multiple fronts.

The COSMIC (Catalogue of Somatic Mutations in Cancer) program is looking at the problem from a gene standpoint, collecting information on more than half a million tumors with data from 3 million experiments. The program looks at cancer types, mutation signatures, drug sensitivity and other parameters.

Dr. Amy Abernethy and colleagues at Flatiron Health in New York are collecting patient-reported outcome data from both clinical trials and real-world cancer patients, including patient-worn sensors. These are standardized, integrated and analyzed. The outcome will shine a spotlight on what approaches/medications work best for specific cancers. Then informed decisions can be made by patients, providers and policymakers in pursuit of high-value medical care.

Genentech Inc. is researching the why and how of excessive cell proliferation and survival, leading to uncontrolled growth and the spreading of tumor cells. Genentech is studying how these cells stimulate their own growth, at the molecular level.

There are other research programs going on, attacking the problems differently. We are on the brink of a medical revolution. I define a new revolution as one that you can’t see from the previous one. I don’t know how we will get there, but we’ve already left where we’ve been.

Correction: An earlier version of this article missplelled the name of Dr. Amy Abernethy.