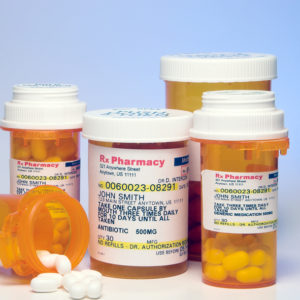 The Build Back Better Act could destroy thousands of small businesses — and threaten millions of Americans’ access to lifesaving medicines — if it passes as is in the Senate.

House Democrats snuck back in a provision to repeal Medicare’s “non-interference” clause, which prohibits government officials from negotiating the price of medicines covered by prescription drug plans.

Many Americans might initially find that clause strange, even self-defeating. Why would Congress bar government officials from negotiating bulk discounts in the first place? Doesn’t that just force taxpayers, and Medicare enrollees themselves, to overpay for drugs?

Those are good questions — with equally good answers. When Congress created Medicare’s drug benefit in 2003, lawmakers knew that future administrations would be tempted to simply set drug prices to save money for other programs, even though our nation’s market-based rates underpin the entire development pipeline.

They also knew those cuts would reduce access to medicines. After all, other nations with price controls extract leverage over drugmakers by simply refusing to cover the newest, most advanced medicines.

And they knew that price-setting would crush small biotech companies — and the many workers they employ — and discourage investors from supporting the research that leads to lifesaving drugs.

So they deliberately blocked bureaucrats from interfering and instead left those negotiations to the private sector.

Now, Congress seems poised to upend those far-sighted legislators’ vision for Medicare. The budget bill wouldn’t merely allow officials to “negotiate” prices. It’d explicitly tie those prices to what’s paid by the socialized healthcare systems abroad. Analysts at the Congressional Budget Office have concluded that the bill would reduce U.S. drug prices between 57 and 75 percent.

That would all but destroy the biotech industry. Drug companies’ total revenue would plummet by more than $1 trillion over a decade.

“Big Pharma” firms would survive, although they’d slash R&D to the bone. Ken Frazier, the executive chairman and former CEO of Merck, estimates that his company would cut research investments by almost 50 percent.

Smaller firms, on the other hand, would go belly-up — or never get off the ground in the first place.

Take it from Amitabh Chandra, director of health policy research at the Harvard Kennedy School of Government. In noting the effort would dissuade venture capital firms from investing in early-stage life sciences, he warned it could prevent the creation of “a transformational drug for Alzheimer’s” or other hugely expensive diseases.

After all, biomedical companies aren’t charities. Just like investors in other industries, the folks who pour capital into biotech firms hope to turn a profit while making the world a better place.

If the government makes that impossible, investors will gravitate to other industries. Companies like Moderna — whose breakthrough mRNA technology helped produce a COVID-19 vaccine in record time — might never be launched.

Patients won’t be the only ones who suffer.

Faced with drastically lower revenues and less need for scientists and other research workers, firms of all sizes will lay off workers. The industry would shed about 200,000 employees directly, according to consultancy Vital Transformation. And the total economy-wide job losses would reach 1 million since each biotech industry job supports about four others.

Small businesses will be especially hard hit. The pharmaceutical manufacturing industry is overwhelmingly composed of small firms. Almost 79 percent of these companies have fewer than 100 employees.

There’s no question health care is expensive, or that reforms are needed to ease the financial burden on employers and employees alike. But government price-setting masquerading as “negotiation” isn’t the answer. It’d clobber our economy — and dash patients’ hopes for cures to Alzheimer’s, cancer, and other deadly scourges.