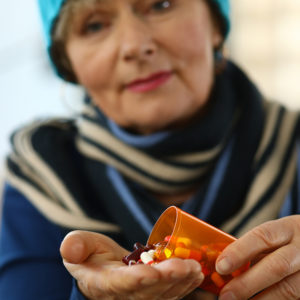 The COVID-19 pandemic has revealed America’s troubling dependence on overseas supply chains, especially from China. This is particularly evident when it comes to essential generic drugs—including sedatives and antibiotics—needed to treat patients hospitalized with the coronavirus. Because these medications depend on critical inputs largely made in China, Washington must act now to lessen the nation’s import-dependence.

A key first step would be for Medicare and Medicaid to require hospitals to prioritize the use of American-made essential generic drugs. Doing so could help to make the United States more self-sufficient in the production of these medicines and their critical components.

Americans have undoubtedly become aware of the strategic risks posed by continued dependence on imports. During the height of the pandemic, for example, many countries banned exports of essential generic drugs and key components in order to maintain needed supplies at home. As a result, U.S. hospitals were left scrambling to deal with shortages of basic medicines. In response, Members of Congress on both sides of the aisle introduced bills last year requiring the Department of Defense to prioritize the procurement of domestically produced essential generic drugs in order to strengthen national security.

It’s time to do more, though. Using Medicare and Medicaid to prioritize the purchase of American-made medicines would offer a tremendous spur to domestic pharmaceutical manufacturing.

The Department of Health and Human Services already mandates specific conditions that hospitals must meet in order to receive reimbursement from Medicare and Medicaid. By using that existing process, Congress could add a new condition for participation that requires hospitals to prioritize domestic sources for essential medicines.

Shifting to American-made drug supplies could literally be a lifesaver. In 2007 and 2008, hundreds of Americans died from tainted supplies of Chinese-made heparin. And more recently, millions of Americans were sold imported blood pressure medicines that contained a cancer-causing contaminant.

Helpfully, the nation already possesses a blueprint for where to start prioritizing this domestic procurement. The FDA has published a list of 227 essential drugs  that are vital for the nation’s public health security. These are the medicines that should be increasingly manufactured at home.

Manufacturing these essential generics in the U.S. is doubly important since the COVID-19 pandemic forced the FDA to recall employees who inspect overseas manufacturing plants. These inspections have long been the heart of FDA’s regulatory function. However, with inspectors recalled, millions of generic drugs are currently being imported into the U.S. from overseas factories without proper inspection. This poses unprecedented, unacceptable risks for the American people.

It’s time for Washington to make sure that millions of Americans have reliable access to safe, quality generic drugs. There’s little time to waste in protecting the nation’s health now and for future generations.

Rosemary Gibson is chair of the Healthcare Committee at the Coalition for a Prosperous America and author of “China Rx: Exposing the Risks of America’s Dependence on China for Medicine." She wrote this for InsideSources.com.