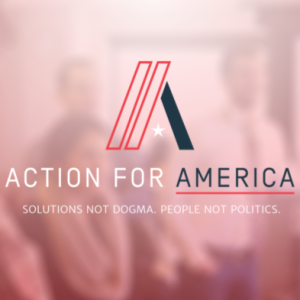 When Laquan Austion was growing up in Newark, New Jersey, he and his family spent several years homeless. Poverty, drugs and gangs were everywhere. Aunts and uncles were jailed or worse. But Austion’s mother instilled a simple lesson: you don’t have to be a product of your environment.

And so he wasn’t.

Austion studied hard, graduated from a good college and graduate school, and became a rising political star. Compelled by his mother’s bootstrapping ethos, he gravitated to conservatism, owning that he was an ideological rarity among black men. He worked as a Republican strategist in Washington and did state-based campaigns at Americans for Prosperity, the Koch brothers’ political advocacy arm.

By his mid-twenties, though, Austion was homeless again, this time politically. He still believed in free-market solutions, but couldn’t fathom the GOP refusal to acknowledge the challenge of climate change. He saw both parties kowtowing to special interests, and wished for more focus on areas of agreement like criminal justice reform. Most of all, he hated that his generation, the Millennials, seemed largely absent from political leadership, unable to bring what he calls a “future-focused, pragmatic, innovative and disruptive” approach to government. He joined Run for America, a consulting firm aiming to elect young people to Congress.

Now, at 28, Austion is opening a new act. On Tuesday he launched Action for America, a D.C.-based affiliate of his firm, “committed to expanding the pipeline of next generation leaders to run for office, building a nationwide grassroots movement to support these candidates, and cultivating a new marketplace of ideas to provide a community for the politically homeless.”

That last part speaks to the immediate goal. It would take a while to populate legislatures and executive offices with fresh-faced consensus builders, but in the meantime Austion hopes to lead a Millennial lobby for political pragmatism.

He said his funding is “entirely grassroots,” although he acknowledged that some of his roughly 1,000 donors had pockets deep enough to give $10,000 each.

“What Uber has done to taxis, what Airbnb has done to hotels, we want to do to politics,” Austion told InsideSources.

Having wrapped up an appearance at the National Press Club, with more kick-off events on the way, he’s already laying out his plans.

Action for America’s first priority is something called “America 2026.” It’s a push to recruit one young leader from every congressional district in the country for a big summit this November. Once there, the goal is for the group to agree on 10 key issues Millennials want the nation to address in the decade between now and America’s 250th birthday. Perhaps unsurprisingly, the project is consciously modeled on those present at the birth.

“When the Founding Fathers came together, they were 33 years old, 19 years old,” Austion said. “These were the Millennials of their time period, and they sat down, political partitions aside, and said, ‘Let’s look ahead … and let’s work collaboratively to make something happen.’ We want to do the same thing.”

What’s worse, Austion argued, is that this Capitol Hill dynamic turns his generation off from politics. “How are we supposed to be inspired by this type of leadership?” he asked, criticizing Democrats on deficits and debt while hitting Republicans for obstructing President Barack Obama. “Where’s the swag of politics anymore? Now it’s all about gamesmanship and maneuvering. It’s a bad intersection of ‘House of Cards’ and ‘Scandal.’ It really bothers me. Where has that statesman mentality gone?”

InsideSources asked Austion about another organization that has aimed to foster bipartisanship in Washington for more than half a decade. No Labels, a group founded by prominent political operatives, has had modest legislative successes with its “problem solving” agenda — suspending lawmaker pay when Congress doesn’t pass budget and spending bills on time, for example — but it’s hard to argue it’s changed the culture.

Austion defended No Labels, saying “a lot of the work they’ve done is pretty remarkable,” but sought to draw distinctions with his own project. Action for America is driven to inject the system with new blood and change the players in the halls of power.

It’s a tough nut to crack, to say nothing of polarization and political paralysis. But then, this Millennial from Newark never learned to accept the status quo. And among his generation, he’s betting he’s not the only one.