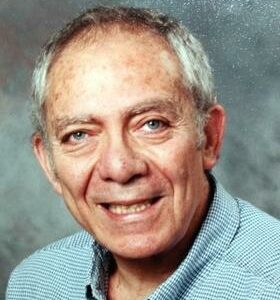 Stanley Cohen, a renowned criminologist, was one of the first to conceptualize moral panic as a social symptom of shared fear directed at one or more characteristics of society that would somehow define a counterculture or a set of beliefs that delineates from the traditions of the community and its power center.

The moral panic is manufactured and trumpeted by moral entrepreneurs. A moral entrepreneur is an individual person, a group, an organization or a movement that attempts to persuade society to adopt and enforce community standards consistent with their own set of ardently held moral beliefs and ideal social order.

Moral entrepreneurs come in all shapes and sizes and across the sociopolitical spectrum. The many debates surrounding social policy issues, especially, pit competing moral entrepreneurs arguing in favor or against various perceived social “evils.”

Moral entrepreneurs may insinuate that teaching about safe sex or the systemic racism in U.S. history would threaten, and even destroy, their communities’ moral fabric. Out of an unfounded and often conspiratorial state of fear, the moral entrepreneurs coordinate with the population to advocate for policy and cultural changes that cast ideas like those espoused in evidence-based sexuality education out of society. The aftermath would be no more teaching of these subjects. Doing so would violate standards on moral belief, spiritual development and the moral law.

Howard S. Becker, the sociologist called the father of labeling theory, has developed the concept of moral entrepreneurs beyond Cohen’s moral panic theory.

Moral entrepreneurs can be either rule-creators or rule-enforcers. Becker wrote in 1963 that the definition of a rule-creator is someone who generally expresses a conviction that some kind of threatening social evil must be combatted — or an individual who views themself as a “crusading reformer,” Becker wrote.

“The existing rules do not satisfy him because there is some evil which profoundly disturbs him. He feels nothing can be right in the world until rules are made to correct it. He operates with an absolute ethic in a fashion that he sees is truly and totally evil with no qualification. Any means is justified to do away with it. The crusader is … righteous, often self-righteous.”

Rule-enforcers take the rules created by the crusading reformers and implement them. This means that social control under the precedence of supreme moral authority further justifies a degree of moralism promoted by public figures and the tendency to treat others who disagree with the morals outlined by the crusading reformers as so-called enemies. It is further considered that the most likely targets of rule-creators and rule-enforcers could be those who are viewed by these two groups as socially inferior or are culturally different. The anti-pornography movement fits the criteria of rule-creators and rule-enforcers very clearly.

History will attest to the targeting of sexual culture in a society before a significant shift in societal morals. Forcing moral panic and capitalizing on the panic is what a moral entrepreneur does. It’s what causes them to thrive and find some form of legitimacy.

Your priest, your doctor, the anti-porn lobby, the vaping lobby, tobacco-control groups, advocates of the war on drugs, critics of big tech companies, parental rights groups, anti-vaxxers, a political party: all potential moral entrepreneurs. The motivations of moral entrepreneurs and their groups aren’t always based on malice or cruel intent, either. Many wish for public safety or to curtail diseases. There is no one type of moral entrepreneur.

Any individual or group could be a moral entrepreneur. This is especially the case when people engage in moral entrepreneurship to squash civil liberties or limit the target group’s right to expression. Moral panic is fickle, though. There have been moral panic scenarios in the thousands, or in the millions, throughout the history of organized civilization. While moral panic isn’t new or going away, it’s important to understand that one person’s evil is another person’s personal belief or livelihood at risk. I recommend being pragmatic, informed and thinking critically about causes you are interested in or oppose. Moral panics have resulted in discrimination, unfounded fear, blind followership, violence and death.

When a moral panic becomes so influential, toxic and conspiratorial, that is when moral entrepreneurs are at their most powerful, and their ability to be successful and viewed as reputable sources reach its peak. I implore you to be discerning and critical of opinions and movements, even if you agree with them. It breaks the absolutist veneer that moral entrepreneurs use.