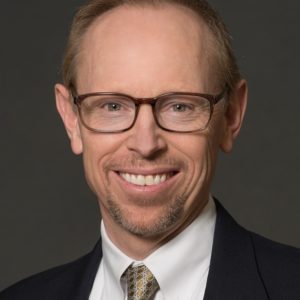 Steven D. Pearson, founder of the Institute for Clinical and Economic Review
News

If you’re suffering from a rare, debilitating disease like MS, or cystic fibrosis, or some forms of cancer, and you need a boutique biologic to save your life, Dr. Steve Pearson has a message for you:

Some drugs are just too expensive, which means some lives are not worth saving.

This is the fundamental premise behind Dr. Pearson’s Institute for Clinical and Economic Review, or ICER—a non-profit, medical review board he founded after working with the UK’s National Institute for Health and Care Excellence, or NICE.  Though there are thousands of British patients who’ve been denied health care deemed too expensive by NICE and many believe it’s anything but.

If you watched in horror over the summer when the parents of 23-month-old Alfie Evans were denied permission by the UK government to take their dying infant to another country for care, the premise of health care regulation and government control that made that story possible begins with NICE.

Billing itself as “an independent and non-partisan research organization that objectively evaluates the clinical and economic value of prescription drugs, medical tests, and other health care and health care delivery innovations,” Dr. Pearson and his ICER team merely make recommendations about drugs and drug prices. They issue a finding on what price they would deem “fair” for a new prescription drug heading to the market, and—using a “Quality of Life Years” evaluation similar to NICE—ICER rules on whether insurance companies should cover an available drug treatment.

America doesn’t have a nationalized healthcare system like the UK’s—yet. And ICER is a private nonprofit, not a government agency. So does it really matter what their rulings are?  To the millions of Americans who have CVS/Caremark prescription drug coverage as part of their insurance—absolutely. In August, CVS announced it would allow health plans and insurers using Caremark to refuse to cover drugs that don’t pass ICER review.

“Specifically, the pharmacy benefit manager set a threshold of $100,000 per QALY, or quality-of-life years, a benchmark that measures both the quantity and quality of life generated by providing a treatment or some other health care intervention,” reports the life science journal STAT.

In other words, a think-tank’s opinions about the “quality of life value” of a new and expensive biologic to treat rheumatoid arthritis will determine whether a sick woman who would benefit from this new drug treatment will be covered by her insurance. And not just any think-tank, but one led by an advocate of UK-style healthcare rationing, with a governing board featuring representatives of the health insurance industry.  In addition to receiving funding from major insurers like Blue Cross of California, Kaiser Permanente, Partners Healthcare, Aetna, Anthem, and UnitedHealth, ICER’s governing board includes:

Another person who worked for AHIP:  Dr. Steve Pearson, founder of ICER.

Another reason for ICER’s influence is more than $19 million in funding from hedge fund billionaire John Arnold and the Laura and John Arnold Foundation. This money has allowed ICER to extend its review process to all newly-approved drugs and is part of what Arnold sees as data-driven, statistical-analysis based giving. Others call it “Moneyball philanthropy”–The focus is on providing numbers and data to improve the quality and efficiency of giving, rather than giving to meet immediate needs.

Arnold recently penned an op-ed defending the role of pharmacy benefit managers – “PBM’s” as they’re known in the healthcare industry—in controlling drug costs. Drug manufacturers argue that PBMs are driving down prices but are keeping the savings or sharing them with the insurance companies they represent.

Tension between drug manufacturers (who like high prices) and insurance companies (who don’t like paying them) is natural. In a free market system, it’s healthy.  But for a pharmacy benefit manager like CVS to remove treatments from insurance coverage using analysis from an insurer-friendly oversight board isn’t exactly a level playing field. And patient advocates are crying foul.

“If I thought ICER wanted to be one part of the drug review process, I wouldn’t be so upset,” Terry Wilcox of Patients Rising told InsideSources. “But Steve Pearson’s endgame is for ICER to become NICE. He’s even got the cute acronym like NICE. He is a true believer in the NICE approach and it’s what he’s working for here.”

Americans have been reluctant to support rationing in the name of controlling costs, but Pearson isn’t shy about expressing support for the UK model. “I appreciate the British system’s honesty about the challenge, and their willingness to talk about trade-offs,” Pearson told PharmEx.com. “NICE has a strong reputation in the science and procedures. NICE has stood the test of time.”

Pearson wrote more extensively about the need for these “trade-offs” in an article for The Hastings Center Report in 2014 about so-called “orphan drugs” and rare diseases entitled “Which Orphans Will Find a Home? The Rule of Rescue in Resource Allocation for Rare Diseases.”  In it, he and his co-author Emily A. Largent argue that to avoid denying resources for the healthcare system as a whole, it’s necessary to restrain “society’s desire to help those weakest among us, and…ensure that an undue burden is not placed on others for the sake of a few.”

Largent has previously written in defense of healthcare rationing, writing that “some rationing is both ethically defensible and necessary.” While she would prefer this rationing be done at the “top-down, organizational level,” she bemoans the “current political barriers” to top-down rationing and distributing of care.

Is it any surprise, therefore, that patient advocates are uncomfortable with ICER and its increasing influence over our healthcare system?

“The problem with the people behind ICER is that they believe all these new medicines are going to destroy our economy and bankrupt America and we have to find a way to limit access,” says Robert Goldberg,  co-founder and vice president of the Center for Medicine in the Public Interest.  “And that premise is simply wrong.”

Goldberg and other critics of the ICER approach point out that many of the newer drugs, while expensive, often save money for the healthcare system by keeping patients out of hospitals or preventing their diseases from reaching the point of requiring expensive critical care.

In addition, the Wall Street Journal reports that the new Trump administration’s lighter-regulation, fast-track approach to getting new drugs on the market has saved Americans $26 billion dollars already.  About 9 in 10 prescriptions in the US are already cheaper generics (compared with about half in most European countries) and –the White House reports– “as of August 2018 the relative price of prescription drugs was lower than in December 2016.”

The premise that America faces a crisis of expensive biologics to treat relatively rare or difficult to treat diseases like rheumatoid arthritis, ALS or blood cancers simply doesn’t match the available data.  Even the most passionate patient advocates support cost-benefit analysis—as long as the final analysis is about the patient’s care.

“This is where I agree with ICER. Nobody wants to pay for a drug that doesn’t work or that people don’t need.  But there’s a difference in tactics.  ICER relies on randomized clinical testing and that means you end up working the averages. I was recently talking to a company that has an injection, immunoglobulin, that helps people with weak immune systems.  Under the ICER approach, the conclusion would be ‘this drug isn’t effective, don’t cover it.’  That’s one approach. But I’d rather figure out who the people are who it does work for and get the drug to them, so they can be healthier.”

“As a society, we can’t just sit back and say there are sick people we can’t afford to treat. We need to be looking for ways to make those treatments affordable,” Goldberg said.