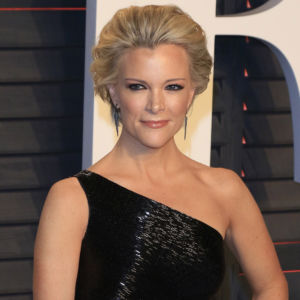 Megyn’s Message — If You Settle, Then Settle for More

Did she really say that word? “Unattractive.”

Kelly, known today for her beauty and boldness, went back to a different time and place in her life. “I had a huge space between my two front teeth,” she explained during her book discussion. “I was kind of chunky and I had bad skin.”

Now, the NBC-bound Kelly, still feisty at age 46, is arguably the most glamorous woman in television news. She acquired her considerable chops by exuding an unyielding persona as a tough-as-nails, take-it-or-leave-it, strongly opinionated media host.

All of which made her an elephant-size target to media critics and Fox watchers.

Many black folk in the United States have been peeved at Kelly for saying this on-air in 2013: “Just because it makes you feel uncomfortable it doesn’t mean it has to change. Jesus was a white man, too. … He’s a historical figure, that’s a verifiable fact, as is Santa. I just want kids to know that. How do you revise it in the middle of the legacy in the story and change Santa from white to black?”

And some white liberal Democrats have been perturbed with her as exemplified in this passage from MediaMatters, a liberal-toned media watchdog organization: “There are many reasons to be concerned with Kelly’s move (to NBC), among them her history of using white racial anxiety to bolster her career, her willingness to defend and promote anti-gay ‘hate groups,’ and her ability to use a patina of unearned credibility to push out the same right-wing lies that her Fox colleagues spout.”

Now, Kelly heads to NBC in high-profile fashion. And, according to People magazine, to find a time slot for Kelly’s new hourlong news/discussion group day-time show, NBC is considering canceling popular soap opera “Days of Our Lives,” which has been televised since Nov. 8, 1965. That, indeed, would be a seismic shift in television news.

Before the NBC News announcement, Kelly appeared recently in Washington to promote her best-selling book, “Settle For More,” which alludes to expecting more from oneself during life’s journey, and not necessarily just about more money. Kelly spent a lengthy part of her on-the-dais conversation with Katty Kay of BBC discussing the nation’s bullying scourge.

That’s why Kelly named her book’s second chapter “Mean Girls.” Kelly said she had been a popular student until … something changed in middle school, at the beginning of seventh grade. Some of her classmates treated her as coldly as the polar vortex.

“I went from being a popular girl to an object of disgust,” Kelly told a rapt audience of 800. “The group just turned on me.”

She spoke of being the object of verbal abuse from her former friends and heartbreaking pranks that left her in tears.

Interestingly enough, according to a 2015 survey disseminated by the U.S. Department of Education:

—More girls than boys are the focus of bullying, about 24 percent of girls compared to 20 percent of boys.

—A higher percentage of white students (24 percent) said they were bullied in relation to black students (20 percent), Hispanic (19 percent) or Asian (9 percent).

And, according to some teenage-targeted publications, the bullied list includes some of the most accomplished women of today.

Actress Jennifer Lawrence, for example, spoke of her early school years, when she
offered, “I changed schools a lot when I was in elementary school because some girls were mean. This one girl gave me invitations to hand out to her birthday party that I wasn’t invited to.”

Singer Taylor Swift spoke of her junior high school days, when, “They didn’t think I was cool or pretty enough, so they stopped talking to me. The kids at school thought it was weird that I like country (music). They’d make fun of me.”

Kelly, coincidentally, recollected similar incidents mentioned by Lawrence and Swift that affected her.

—About 64 percent of children who were bullied did not report it.

—More than half (57 percent) stop when a peer intervenes on behalf of the bullied student.

Kelly told us, “I didn’t want my parents to know I was being bullied.”

But concerned parents have an innate way of sensing when something is awry with their children. Kelly recalled that her mother often told her, “All you need is one.”

As in one classmate to break the ice. In a cafeteria, for instance.

“Then, Heather Sheppard befriended me,” Kelly recalled. “She came and sat with me. That meant so much to me.”

With that, Lawrence, Swift, and Kelly can collectively say in unison: “How do ya’ll like me now.”

Without playing the victimhood card.

After all, one woman has earned an Academy Award; one has won nearly 300 music awards; and one will surpass ABC’s Robin Roberts ($18 million per year, according to Forbes magazine) as the highest-paid female anchor in television news.

As well as the most influential.

With that, Megyn Kelly undoubtedly will “Settle for More.”