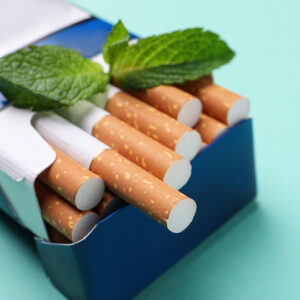 The Food and Drug Administration’s recently announced proposal to ban menthol cigarettes is ill advised on multiple fronts. Not only does this proposal make no economic sense but it also fails to recognize a simple fact: People in a free society should be free to choose their poison.

The FDA has recently stated that it intends to use congressionally approved powers to ban the sale of flavored tobacco products in an attempt to reduce youth initiation into tobacco, thus curbing tobacco-related illness.

The plan rests on the assumption that youths will be deterred by sales bans. But they won’t.

Government bans rarely lead to a change in attitude among youths. Take marijuana, for example: Pot use in teens has historically sat around the one-third mark, with the sale of and possession of marijuana only recently seeing legal status in some states. E-cigarettes, too, which have faced heavy scrutiny by the FDA since 2020, are overwhelmingly used by youths in comparison to other age groups.

The government has a long and arduous history of attempting to “correct” what it believes are the poor personal choices of everyday people. It never works, nor should it. The fact of the matter is it is none of the FDA’s business what people choose to do in private.  A 2018 study found that more than 90 percent of adults were well aware of the negative side effects of cigarettes. Like other recreational products, people indulge in menthols not for proposed health benefits, or dietary needs, but rather for personal enjoyment. Much like alcohol, which has long been associated with increased risks in cancer, menthol cigarettes represent another way that people seek to enjoy themselves to their own detriment.

The reality is the government isn’t putting its money where its mouth is. The ban on flavored cigarettes and menthols is nonsensical considering the wide variety of other tobacco products that still remain legal. The government still enjoys the $12.35 billion it receives in tobacco taxes.

There is a simpler solution to curb smoking-related illness. Instead of punishing those who want to enjoy flavored cigarettes, the FDA should look to the approach taken by the United Kingdom and New Zealand, who are allowing a proliferation of tobacco alternatives.

Even when considering the potential for youths to engage in nicotine products, the studies show that they are still functioning as a cessation tool more than they are as a gateway to traditional smoking. A study commissioned by Public Health England in 2014 found that even a decade ago there was a significant trend for younger adults to switch to e-cigarettes, with the majority of use being with younger age groups.

It is puzzling then that the FDA would rather slap a small segment of tobacco users on the wrist instead of attempting to resolve the issue of the tobacco-related health crisis in any meaningful way. The FDA has already taken a similar hostile approach to e-cigarettes with the heavy regulation surrounding flavored e-cigarette cartridges.

It is time to accept that adults are well aware of the risks involved with smoking. If the government wants to reduce the harm for cigarettes, it simply needs to take a step back. The culture of smoking is already on a downward trend as the market naturally produces more desirable alternatives. Smoking in adults is down from 42.4 percent in 1965 to 13.7 percent, with youth smoking rates down from 36.4 percent in 1997 to 8.8 percent.

Consumers are smart, and have appropriately been reacting and making informed decisions based on the wealth of information provided to them. There is no reason for the FDA to pick and choose indiscriminately what personal pleasures to regulate while leaving others completely untouched. Much like Prohibition in the early 1900s, a ban on smoking will only proliferate the black market and associated crime as those who want flavored cigarettes will seek other ways to get them.

And much like post-Prohibition, the market will naturally phase out products that are harmful or dangerous in favor of products that can provide effectively the same item with vastly less harm. It is time that the government and the FDA embrace this and allow for the adults to make informed decisions for themselves instead of nannying them.

Damon Miles is a juris doctor student at the University of Western Australia and a contributor for Young Voices. He wrote this for InsideSources.com.