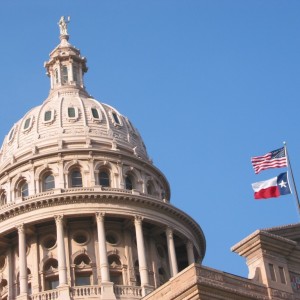 Texas could gain as many as three new U.S. House seats in the 2020 census.

Tuesday’s mid-decade update from the Census Bureau confirming the continued shift of U.S. population to the South and Southwest is potentially good news for Republicans, according to Election Data Services.

The Manassas, Va., consulting firm, which analyses population and political data, predicts GOP-controlled Texas, Florida, Arizona and North Carolina will gain more congressional seats in the 2020 census if current population gains hold up.  Each of those red states is a Republican “trifecta” — a state in which one party controls the governorship and both chambers of the state legislature, according to Ballotpedia.

Pennsylvania, Minnesota, New York, Illinois, and Rhode Island — all blue states — each stand to lose a seat in the 435-member U.S. House after the 2020 census.

“We are only at the midpoint of the decade, and a lot of things could change,” Election Data President Kimball Brace said about the group’s study, citing Katrina and the 2008 recession as examples of events that can alter projections.

But barring a similar unforeseen development, Republicans — with 32 governors and control of 68 of 98 state legislative chambers — seem well positioned to leverage the new numbers when redistricting begins.

Counting and apportioning population is a cost-intensive process, and Brace pointed out that budget-cutting efforts in Washington could undermine potential GOP gains.

“It would be ironic that Republican led efforts in the new Congress to cut government spending could cause Republican leaning states like Texas to lose out in apportionment,” Brace said.

Texas would be the big winner in the new projections, gaining as many as three districts, followed by Florida, with two new seats. Arizona, North Carolina, Colorado would pick up one seat after 2020.

Those projections also depend on how the Supreme Court rules in Evenwel v. Abbott, a case that could have implications for states like Texas, which has a higher-than-average share of ineligible voters, including illegal immigrants, children and felons. The Texas-based plaintiffs in Evanwel v. Abbott argue that urban districts with high counts of ineligible voters gain an unfair advantage over more rural districts in representation at the state level.

If the Supreme Court justices agree, the ruling could impact how the ineligible population impacts apportionment at the national level as well — perhaps even costing Texas a third new seat after the 2020 census.

The Supreme Court heard oral arguments in the case earlier this month and is expected to issue a ruling next year.

• By adding an average of 281 people per day during the last year, North Carolina’s population crossed the 10 million mark, making the state the ninth in that category.

• Florida added more people than California for the first time in nearly a decade. Florida’s gain of 365,703 people also pushed it past 20 million, becoming the third state to reach that milestone. California continued to be the most populous state on July 1, 2015, with 39.1 million, followed by Texas with 27.5 million.