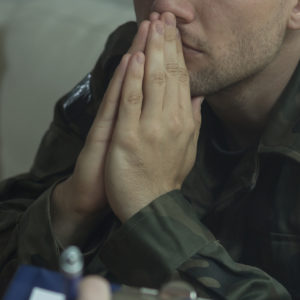 Top current and former officials in the U.S. Military are raising the alarm over the disturbing combination of high rates of Traumatic Brain Injury in the armed forces and a lack of public policy solutions to adequetly address the problem. Researchers are only now getting their arms around the magnitude of the class of injuries that are difficult to treat and have affected an estimated 400,000 service members since the September 11th attacks in 2001.

A Thursday panel at the Brain Futures conference, just outside of Washington D.C., was dedicated to “Military Mental Health.” Retired General Peter Chiarelli, who served in Iraq and as the Vice Chief of Staff of the U.S. Army, was the moderator. Chiarelli was flanked by former U.S. Representative Patrick Kennedy, who has made mental health a priority since leaving Congress, Marsden McGuire, a Veterans Affairs official, and Robert Koffman, a retired Navy medical officer.

The full effects of Traumatic Brain Injuries are only recently breaking into the public understanding. In addition to the scrutiny faced by the National Football League for its halting response to the long-term effects of concussive blows, the military and the federal bureaucracy has also had their high-profile difficulties in handling the hundreds of thousands of injured veterans returning from long wars in Afghanistan and Iraq.

“They say that every war, the [Department of Veterans Affairs] and the military, have an ‘aha’ moment on what they need to address, in terms of their health care,” said Kennedy. “Clearly brain health issues are the issues of this recent war.”

Head trauma in particular has been linked to Post Traumatic Stress Disorder, addiction problems, depression, and a suicide rate that doubled in the decade after 2001. Because the scars associated with the injuries are internal, and symptoms straddle the line between the physical and the psychological, officials have struggled to adequately diagnose and treat the influx of cases.

Further muddying the waters, according to Chiarelli, is an under-discussed side effect of legislative action taken by Congress to address Post Traumatic Stress Disorder. Because disability benefits are significantly greater for veterans with the illness, and because the illness is diagnosed through questionnaires, there is worry that some are gaming the system to qualify for benefits. Furthermore, once a medical professional has diagnosed and treated a veteran with Post Traumatic Stress Disorder, the patients are almost never taken off the benefit rolls, according to Chiarelli.

“This culture of dependency is really a sad, sad thing that we as a nation have got to take a look at, but when it comes to veteran service organizations, there is no way that you are going to go in after a war and start taking away from benefits that which they feel they have earned in combat,” said Chiarelli.

On the other hand, in many cases veterans—and civilians—with mental health problems are not getting the support they need. In his remarks, Kennedy raged against a private insurance system that he said treats those suffering from Traumatic Brain Injury unfairly.

“Our medical system has always segregated things of the brain, mental health, as something separate and unequal from the rest of the medical system. The insurance system doesn’t pay for it in the same way that it pays for other medical, physical, surgical costs. And then we all wonder why we’ve got such a public health crisis on our hands,” said Kennedy, who has had his own struggles with addiction.

Among the most striking statistics to emerge from the discussion was that most Traumatic Brain Injury cases suffered by members of the military actually don’t occur during combat operations. In fact, according to Surgeon General statistics cited by multiple panelists, about 80 percent of head trauma cases in the military happen during training.

In other words, even without the two major wars the country has been embroiled in, head trauma cases would still be a fact of life for men and women in uniform. Chiarelli indicated that it would be impossible to eliminate the risks of Traumatic Brain Injury from routine training.

After citing the high rates of brain injury in everyday life among civilians, Chiarelli argued that the military wasn’t “doing anything wrong” when it comes to training its soldiers. “Quite frankly, the military can be a contact sport, and you’re gonna see some concussions occur when you’re jumping out of perfectly good aircraft,” he said.

Later, after the panel broke up , Chiarelli told InsideSources that the military could be doing more to look at how training impacts all kinds of brain health. “We need to understand what it means to stand behind a 150 millimeter artillery piece for an entire career for 15 years. I spent my time in the turret of a tank, shooting off 120 millimeter rounds. We’ve got to understand more about sub-concussive events as well as concussive events.”

When asked whether he thought the military is actually following up and leading enough of these research studies into brain health and training, however, Chiarelli was unequivocal.