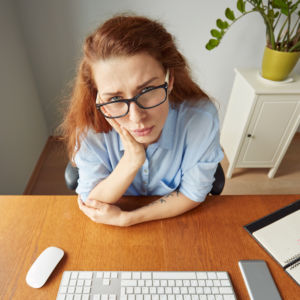 Millennials Have Lots of Problems With Working Government Jobs

“Nobody’s actually growing up saying they want to work for the federal government,” Tim McManus says.

It’s a candid admission, coming as it does from a vice president at the Partnership for Public Service, a Washington, D.C., nonprofit dedicated to strengthening America’s civil service — in part by recruiting young people.

His point, in an interview with InsideSources Wednesday, is that children and adolescents tend to dream about specific professions. They want to be leaders, lawyers, scientists, space explorers. And though government hires for all these roles, the youthful dreamer typically doesn’t envision assuming them in the public sector — especially since the private sector can be more lucrative, more innovative and more adept at drawing talent.

“That’s a hard nut to crack,” McManus says on the first week of the Olympics, “in the age where bashing federal employees has become almost an Olympic sport.”

According to the Office of Personnel Management, today’s young professionals make up just 17 percent of the federal workforce, and McManus isn’t the only one trying to change that. But in a new e-book from the trade publication Government Executive, “Government’s Quest to Attract (and Keep) Millennials,” experts identify a series of specific factors keeping twenty- and thirty-somethings away. They help explain why, according to a Chamber of Commerce study cited in the book, just two percent of millennials planned on working in government.

“As agencies across government grapple with the challenge of attracting millennials,” e-book author Charles S. Clark writes, “they must contend with a perception (also the reality sometimes) that government work is a path to soul-sucking boredom. While most employees — at least the desirable ones—prefer meaningful work, younger workers are less inclined to tolerate disappointment than their older colleagues.”

Clark reports that agencies face several stereotypical challenges in courting these workers: “government is slow, bureaucratic and behind the technology curve, while millennials are entrepreneurial, impatient for results, restless to switch jobs.” These young people also want bosses to be like coaches, helping them grow, with workplaces allowing them constantly to develop new professional skills. At the same time, they want flexible hours and work-life balance.

Another issue the e-book raises is that many millennials are “no longer as interested in a straight career ladder, but more like a career jungle gym, which turns different experiences into a career,” according to Katherine LaVelle, managing director for Accenture Strategy. That means, even if they’re interested in government work, they don’t see it as a lifelong pursuit.

Alex Torpey, 29, says there shouldn’t be anything wrong with that. At 23, he was elected village president, the equivalent of mayor, in South Orange, New Jersey. After serving his term, he chose not to run again, founding a consulting firm and receiving a fellowship at the civic-oriented Millennial Action Project.

“People imagine that, to be effective, you have to be there for a long time,” Torpey says of his government service in an interview. “Why would you assume I wanted to do more? Why isn’t the default that I would just do one term?”

Make no mistake, Torpey is proud of his accomplishments — including dealing with the thorny issues of development and gentrification as well as leading his community in the aftermath of the Irene and Sandy hurricanes — but he agrees that today’s young people crave a variety of professional opportunities.

Recruitment to government is also a huge issue. Torpey may be sold on the idea that the work is exciting — “Fixing potholes is actually a fascinatingly difficult problem!” he insists at one point — but most millennials need persuading.

“People need to hear stories,” he says. “All we’re getting now is stories of governments doing things wrong. … There are places where very cool things are happening in government.”

At the federal level, McManus at the Partnership for Public Service says government agencies need to get their recruiters to college campuses earlier in the academic year. At the moment, private employers are showing up in the fall and sometimes making offers to seniors by New Year’s. Many federal departments don’t turn up until springtime, if at all.

Like Torpey, he says there’s a need for better marketing. “This isn’t just about the public policy major, the government major, the political science major,” McManus says, noting that federal jobs exist that fit graduates with all kinds of degrees.

The trouble, he says, is that millennials don’t know that: “If you went to most agency websites right now, you’d be hard pressed to find videos or stories about the day in the life of an employee.”

For now, the Partnership tries to do its part with its “Call to Serve” program, promoting federal work at over 1,000 colleges and universities. McManus says the best way to increase the number of young people in government is to actively go out and get them.