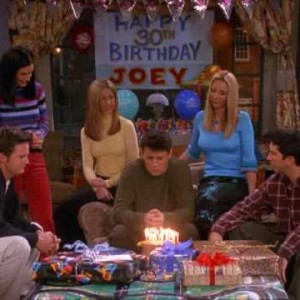 Why It’s Good to Be 30 Years Old, Single, Childless, Renting, and Deep in Student Loan Debt

Nearly every day, we hear something in the news related to the life choices of millennials—the generation born roughly between 1980 and 2000. The millennials are moving back in with their parents, putting off marriage, earning less income, building less wealth, and accumulating excessive student debt.

Societal expectations for millennials are high, and the daily drum beat of news would suggest this generation is failing. Some have tried to blame the poor economy, but this oversimplifies millennials’ long-term aspirations versus their current desires. Regarding marriage, for example, unmarried Americans would like to find a spouse someday, but most say they’re currently not ready or haven’t met the right person. (Note—this is reportedly “Unmarried and Single Americans Week,” of which there are now more than 105 million of us.)

Today marks my 30th birthday. Marriage is likely still several years away and children even further. I finished my MBA last year and now have $200,000 in student loan debt. I’m a renter and find it unlikely that I’ll buy property any time in the next five years. And yet I’m very happy with where I am in life.

I’m not unique. Most of my friends are in nearly identical situations, and as we hit 30, there’s an arbitrary mile marker that says we’re supposed to have our affairs in order and be “adults.” For earlier generations, that meant getting married, having children, buying a home, and developing a career that followed a set path. Our culture has fed our minds since childhood that turning 30 is that cutoff point.

Prince Harry had to endure his 30th a little over a week ago with nearly every media report going out of its way to note that the prince is 30 and unmarried. CBS News found American tourists outside Buckingham Palace that hoped Harry is looking to his older brother as an example to get married and start a family.

Are older generations right to worry about the arrested development of the millennials?

There’s much to be said for tradition. Some would argue that societal norms have evolved for reasons that we may not fully understand. Working to throw off traditional order could have a number of unforeseen consequences.

But millennials aren’t actively rebelling. We’re adapting. As technology and medicine continue to advance, we can expect longer average lifespans, and we have the ability to determine when we’re ready for a family. We’ve gradually moved towards greater gender equality that makes traditional expectations for the age of marriage seem backwards.

Millennials are experimenting with a new normal and collectively finding out what works. There is evidence that these changes may be a good thing.

The pay gap is a prime example. Evidence shows that the pay gap shrinks for college-educated women who delay motherhood. The pay gap made it more challenging for women in earlier generations to choose to stay single. New Census Bureau data released last week indicates that a troublingly large pay gap remains, but it is lower for millennials than for prior generations.

For many millennials, postponed adulthood will lead to greater cognitive ability. Extended time in school and experimenting with career choices gives us time to learn new skills, and remaining single offers the opportunity to continue having new experiences outside the repetitiveness of marriage. These help us to maintain brain “plasticity.”

Student debt is a difficult burden, but the wage premium still makes it worth attending college—as long as it’s a marketable major.

Homeownership may be the wrong decision for millennials. Economists don’t traditionally view it as a good investment. And homeowners cannot be as mobile. Renters can move to find work without the liquidity constraints of homeownership.

There seems to be some confusion over the trend of millennials moving back with their parents, and more importantly, it’s not necessarily bad. Living with family can allow millennials to pay down debt, take internships, and assist aging parents.

We need to continue studying how millennials live, but we shouldn’t assume millennials’ lifestyle changes are negative developments.

The media should end its twin narratives that millennials are either adrift or are unable to reach life’s milestones because of the economy. These two storylines are grossly negligent of millennials’ ability to make smart decisions and free ourselves from the constraints and common mistakes of earlier generations.

Millennials should give due concern to the traditional life goals, but they shouldn’t weigh on us. I’m happy to be looking ahead. Our 30s may be much different than for earlier generations, but millennials should embrace this. Our greatest achievements are yet to come. To quote Tim McGraw, “Lord have mercy on my next thirty years.”