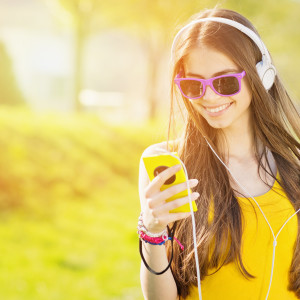 A recent USA Today/Rock the Vote survey of millennials shows 80 percent of millennials support transitioning to “mostly clean” or renewable energy by 2030. Although their hearts may be in the right place, few millennials appear to realize how much energy their lifestyle actually consumes, where this energy comes from, and how much it would cost to transition to a nation that’s powered predominantly by renewables by 2030.

As a millennial myself, I’m quite familiar with this phenomenon. Many of my peers don’t understand electricity doesn’t just come from the wall; e-mail isn’t necessarily green because it isn’t printed on paper; and a lifestyle that revolves around binge-watching Netflix has a real impact on the environment.

It’s ironic the generation that will consume more energy in their lifetimes than any before them, one that uses energy-gobbling technology for virtually every aspect of their lives—including dating apps, social media, finding a taxi, and even ordering from Taco Bell—can be so oblivious of how much energy they consume and where it comes from.

Most of the millennials I’ve spoken to drastically overestimate the amount of energy generated from wind and solar power in the United States. I am often met with incredulous looks when I explain the United States generates only about 2 percent of its total energy consumption from wind and solar combined and that these two sources of power produce less energy for the nation than burning wood.

These forms of energy dominate the mix because they are the most affordable sources and because renewables simply aren’t ready to be used as the country’s primary power sources. Wind and solar are unreliable; they generate energy only when the wind blows or the sun shines, and we have no way of storing this energy. Think of an electric car with no battery, and you will have an idea of why our power system can’t rely on renewables.

For these reasons, the U.S. Energy Information Administration, a division of the U.S. Department of Energy, estimates the world will still generate approximately 80 percent of its total energy from fossil fuels in 2040.

Germany and some other nations have aggressively pursued renewable energy, and they are paying a big price for it. Consumer electricity prices in Germany are approximately three times as high as prices in the United States, and wind and solar constitute only about 8.9 percent and 5.7 percent of Germany’s electricity generation, respectively.

Although renewables are unlikely to become staples for energy generation anytime soon, it’s not surprising millennials would want to transition to an economy powered mostly by clean or renewable energy; many of us grew up with our teachers telling us the world would soon run out of fossil fuels and we had to prepare for a switch to renewable energy. Those predictions were completely wrong. Hydraulic fracturing, also known as fracking, virtually guarantees decades, if not centuries, of oil and natural gas, and it has made theories of “peak oil” a thing of the past.

Surveys and polls are very susceptible to how the questions are worded. When questions offer people a presumed benefit, without discussing the costs or consequences of the policy in question, results are overwhelmingly positive. This was likely the case with this survey. If provided with all of the information, including the disadvantages, of renewables, millennials would likely be less enthusiastic about relying so heavily on renewable energy.

Isaac Orr ([email protected]) is a research fellow for energy and environmental policy at The Heartland Institute.