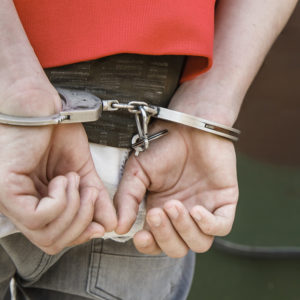 More than 20 million Americans have been arrested for violating marijuana laws since 1970, and despite the enactment of cannabis liberalization policies in dozens of states over the last two decades, more than half a million Americans are still arrested annually for marijuana possession offenses.

As a result, millions of Americans continue to bear the stigma and lost opportunities of a criminal conviction for activities that, according to the latest Gallup polling, nearly seven in 10 Americans agree ought to be fully legal.

Fortunately, Americans’ sense of justness demand that this situation be remedied. In recent years, lawmakers in a dozen states — including California, Michigan, New Jersey, New York and Vermont — have enacted laws facilitating the process of having one’s past marijuana convictions expunged, vacated, set aside or sealed from public view.

To date, the passage of these measures has been largely limited to those states that have since changed the legal status of marijuana — either by decriminalizing or by legalizing its possession. But according to a recently conducted national poll by YouGov.com, most Americans support expunging low-level marijuana convictions regardless of whether those who bear them reside in a state where cannabis is legal or not.

The YouGov poll of more than 7,000 adults determined that 70 percent of respondents — including majorities of Democrats (81 percent), independents (69 percent), and Republicans (57 percent) — “support expunging marijuana-related convictions for non-violent offenders.”

Only 17 percent of respondents oppose this idea.

On Capitol Hill, some elected officials are listening. Earlier this month, Democrats in the House of Representatives advanced legislation — the Marijuana Opportunity, Reinvestment and Expungement (MORE) Act — prioritizing the need to vacate these millions of convictions.

Specifically, the measure expunges those with marijuana-specific convictions on the federal level and provides inducements to states that facilitate the review and expungement of state-level cannabis convictions. Yet, despite bipartisan support for this policy change among voters, federally elected officials remain divided on the issue along party lines.

Only five House Republicans voted for the bill’s passage.

Of course, with the 116th congressional session entering its final days, no further action on the MORE Act is likely to take place this year. However, that doesn’t mean the policy questions surrounding how to best address those generations of Americans who ran afoul of marijuana laws — laws that in many instances have since been purged or downgraded — is going to go away.

Branding these individuals, many of whom are disproportionately people of color, as lifelong criminals for activities that took place when they were young adults and at a time when America’s views on cannabis were very different than they are today serves no legitimate societal purpose.

By contrast, those convicted continue to be punished under the law via the potential loss of employment, housing, voting rights, professional licensing and student aid, among other rights and privileges.

That is why it is not enough to simply call for amending America’s prohibitive marijuana laws.

Reform advocates must also insist that lawmakers on both sides of the political spectrum move swiftly to right the past wrongs of cannabis criminalization by facilitating the expungement of past marijuana convictions. America’s commitment to the principles of justice and fairness demand it.