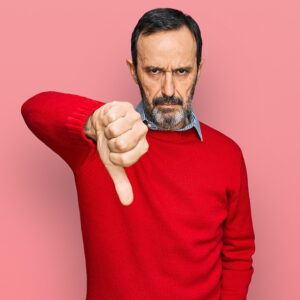 Ministry of Truth to ‘Protect Latinos’? No Gracias

On April 27, the Department of Homeland Security announced the creation of its new Disinformation Governance Board. A few weeks later, on May 18, it was paused. The board may not have had a long shelf life, but the threat it represented — the suppression of speech — requires near-eternal vigilance. Hispanics know this better than just about anyone.

One of the reasons the Biden administration says we need its new national Disinformation Governance Board is “to counter misinformation in Hispanic communities especially.” But government agencies surveilling, micromanaging and even punishing citizens’ free speech are among the reasons Hispanic-American families left their homelands for the United States in the first place. “Ministries of Truth” are always and everywhere censors and propagandists — purveyors of misinformation rather than solutions to it.

Again, literally no one in 21st-century America knows this better than the Hispanic community. They know — firsthand — that corrupt regimes across Central and South America have long used “misinformation” as a pretext for naked, Orwellian oppression.

In Cuba, the Ministry of Truth is called the Institute of Information and Social Communication. Among its responsibilities are prosecuting online support for protests against the communist regime. After last summer’s unprecedented public protests in Havana, the government arrested more than 1,000 Cubans — hundreds of whom are still detained — and committed at least 130 documented violations of due process. They wrote a new telecommunications law that makes crimes of “spreading fake news,” “promoting social indiscipline” and empowers the Havana terror state to “prevent,” “detect,” “investigate” and “mitigate” such “incidents of cybersecurity” until their “eradication.”

Presumably they are not talking about adding a “mute” button to Twitter.

In Venezuela, President Nicolas Maduro’s crackdown on the press forced citizens to social media to find the truth about what was going on in their country. But the government only followed them there — blocking apps, punishing criticism and flooding platforms with lies to confuse the public. Last month, Venezuelan police arrested a 72-year-old woman for posting a satiric video on TikTok that jokingly compared the Maduro regime to arepas.

Even Mexican lawmakers are kicking the tires on new social media regulations.

One needn’t believe President Biden is organizing a secret police force of Instagram influencers or dismiss the very real dangers of misinformation to oppose the president’s new board. Because the dangers presented by the board itself clearly outweigh those of fake news and rumor-mongering on Facebook.

Recent comments by Nina Jankowicz, who was tapped to lead the misinformation board, crystalize this point. She said certain Twitter users should be allowed to edit other people’s tweets if they contain misinformation. (“Misinformation” as defined by whom, one wonders.)

This is why we have the First Amendment. Jankowicz, who seems like a smart and decent person, has only been on the job a few weeks, and she is already advocating literal censorship.

The argument for free speech, like the argument for democracy itself, is not that it is perfect, but that it is much better than the alternatives. The reason Jankowicz and her board cannot be trusted to regulate online discourse is not that they are liberal or dishonest, but merely that no one can be trusted to do that: not Richard Nixon or Bill Clinton, not George W. Bush or Barack Obama, not Donald Trump or Joe Biden. If, in a democracy, the people rule, then they alone must be able to decide for themselves what assertions are true and false, and which arguments are persuasive or unpersuasive.

It’s an awesome responsibility, but one citizens are fully capable of — even Latinos.

It would certainly be nice if the federal government deserved to be trusted in the way Biden, Mayorkas and Jankowicz apparently wish it were. But what in the last 40 years of failure and deceit in Washington recommends such faith — least of all for Latinos?

Freedom is messy. Bad ideas and false rumors online can have real world effects. But censorship is worse, as anyone who has ever lived under it can tell you. In the real world, the only solution to bad speech is more speech — not less. Even if the administration’s Disinformation Governance Board has the best of intentions, “we the people” would do well to exercise our First Amendment rights by telling the administration: thanks, but no thanks.

Daniel Garza is president of the LIBRE Initiative. He wrote this for InsideSources.com.