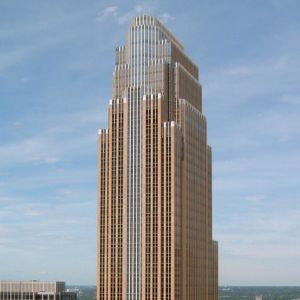 The construction of the Dakota Access Pipeline is temporarily paused on the banks of the Missouri River in North Dakota, but the city of Minneapolis is moving forward with a proposal to divest from Wells Fargo and other banks involved in fossil fuel development.

When asked what she hoped to achieve with her proposal, Minneapolis City Council Member Alondra Cano, who introduced the proposal earlier this month, was clear.

“How can we make our financial decisions align better with our principals?” she asked. “We want better options that are more in line with environmental sustainability, racial equity and sustainability for the people and the environment.”

“This particular issue came to our attention because of the protest and the large divestment campaign,” she continued. According to Cano, the City Council had already drafted resolutions in support of the protests and the campaign. The move to explore divesting from Wells Fargo was merely a continuation of that process.

She further stressed that this decision was not specifically tied to the DAPL project and that the city’s decision would remain the same, even if the North Dakota pipeline received final approval.

Cano’s proposal set the wheels in motion for the city to explore divesting from its accounts. Wells Fargo currently provides the city with a range of financial services, including payroll, debt services, and standard collection and deposit services.

The city’s Finance Department further stated that Wells Fargo is providing the city a short-term direct loan of $74 million for renovation of the Target Center downtown. Although the city may opt to pay down the loan more quickly by issuing long-term debt, at the moment that loan has an expected end date of March 2018.

Were the city to divest from Wells Fargo, it would need to find alternate providers for these services. Despite proposing the divestment resolution, Cano had little idea what that would look like. She hoped that the city’s decision could provide an opportunity for other financial institutions, including credit unions, to step up and fill the role of responsible financial service provider. Still, she did not know which companies would be able to handle the city’s financial needs.

When asked if Wells Fargo could potentially keep its contract, she was similarly uncertain but admitted that the city’s complex payroll would be difficult for many financial institutions to handle.

Already many observers are highlighting the impracticality of proposed plan. Few financial institutions offer the scale of financial services that the city needs. Many of those that do, including US Bank, another large area employer, also do business with the oil and gas industry.

Cano acknowledges that the city has hundreds of millions of dollars in loans for a renovation of the Target Center, as well as one of the largest payrolls in the state. She nevertheless hopes that this will provide an opportunity for other financial institutions with more values-driven investments to step in as possible providers.

Cano has spoken about creating a municipal bank to handle city finances, a proposal that has been met with scorn.

John Hinderaker, president of the Center of the American Experiment, the state’s free market think tank, was dismissive of the idea, asking in a blog post on Monday if there was a shortage of banks in the Twin Cities such that creating a municipal bank was the best option.

“Apparently the Twin Cities’ other major bank, US Bank, also makes loans to the oil and gas industry, hence the idea of founding a City of Minneapolis Bank–even though there are many other banks to which the city could bring its business,” he wrote.

On the whole, Hinderaker was skeptical that the idea would be implemented, saying that there “wasn’t any risk” that Minneapolis would begin its own bank. For one thing, Wells Fargo offers financial services on a scale that dwarfs North Dakota’s bank.

“The City Council’s inspiration may be the state-owned Bank of North Dakota, which is minuscule ($3.9 billion loan portfolio, compared with Wells Fargo’s approximately $950 billion) and has no major customers other than the state, but nevertheless has been a source of inspiration to American socialists since 1919,” he wrote.

Hinderaker references North Dakota’s municipal bank, an institution which Cano points to as an example of another government owned and managed bank. It is one of the only large-scale municipal banks in the U.S. Still, both admit that the situations are different. Although North Dakota is a state, and has three times the population of Minneapolis, its GDP is slightly more than one-fifth that of the Minneapolis-St. Paul metro area.

A city with an economy of that size requires professional financial services, critics of the bank argue.

Cano fears that the bank proposal could meet with resistance from the Republican-controlled state legislature, which could prevent the city from drawing on state moneys to finance the project. Legislators did not return a request for comment.

For the time being, the proposal remains just that, a proposal. In March, the Finance Department will return to the City Council with its findings and recommendations. At the moment, Cano is uncertain what that would look like. She also does not know what impact divestment would have on the city’s economy, since Wells Fargo is one of the city’s top three employers.

Right now it seems that details may not be forthcoming before the spring.