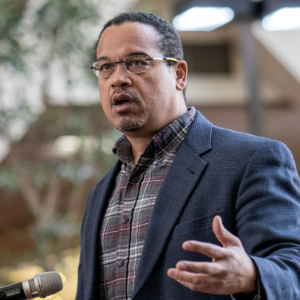 We can all agree climate change is a global concern deserving the attention of lawmakers and regulators. However, that won’t happen in a state courthouse.

Minnesota’s lawsuit against several oil companies was silently filed, utilizing the help of the state’s outside representation. The newly revealed details of this arrangement show that the Sher Edling law firm stands to earn hundreds of millions of dollars in its representation of the state. In the contract, Ellison explains Sher Edling was hired because of their expertise. In reality, the firm has no expertise in Minnesota consumer protection law.

The documents further reveal there is a contingency fee agreement, meaning the lawyers won’t receive the millions they’re banking on unless they win or settle the case. If successful, the plaintiffs’ attorneys will receive upwards of one-third of any damage award; therefore, they have every reason to inflate the damages they seek.

In reality, the lawsuit won’t address climate change in any meaningful way. It will, however, make several California lawyers much wealthier. One of the lawyers bills his work at $1,100 an hour, while another from the same firm gets $900 an hour!

The Center’s website states its mission is to “support state attorneys general in defending and promoting clean energy, climate, and environmental law and policies” and that they’re “[w]orking with interested AGs to identify and hire NYU Law Fellows who serve as special assistant AGs in state AG offices, focusing on clean energy, climate, and environmental matters.” Further, the Center’s communications arm aids in this effort by promoting and defending supportive state AGs’ legal strategies in the media.

This should trouble all taxpayers – just imagine the reaction if a foundation funded by energy companies paid lawyers’ salaries in the attorney general’s office so these lawyers could sue to streamline applicable regulations. Constituents anywhere should have no doubt that the officials representing them in litigation are serving the interests of their state – not an advocacy organization paying their salaries.

Despite this troubling arrangement, Ellison still felt the need to hire even more outside attorneys. Minnesota law requires the attorney general to submit a contract for legal services to the Legislative Advisory Commission if it’s expected to result in $1 million or more in fees. Beside that single requirement, the current law requires little-to-no transparency in a finding of need, the requests for proposals process, litigation safeguards, record-keeping requirements, publicly posting the contract, or fee limits. More than 20 other states, including Iowa and Wisconsin, have adopted most of these procedural safeguards to ensure transparency when the government engages outside law firms.

Taxpayers deserve to know where their dollars are spent – and whose interests determine what the attorney general does in litigation. To ensure Ellison’s obligations to taxpayers are being met, we urge lawmakers to address transparency in private attorney contracting this session to create a more transparent government for all Minnesotans. This is the least that should be done to ensure the interests of the state and its citizens guide litigation of this kind.