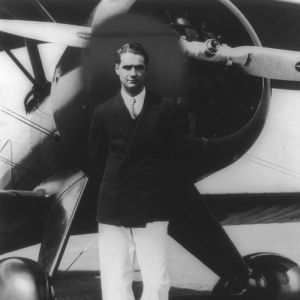 Howard Hughes, a pioneer in movie making and aviation (which informed his cantilevered underwire bra design for actress Jane Russell), was blindsided by disruptive technology. Electric utilities might want to heed Hughes’ history as they deal with future shock.

Hughes believed that his 1930 silent film “Hell’s Angels,” which has some of the finest flying sequences ever shot, could make it as the age of talkies was dawning. But he was in error; he had to remake the movie with a soundtrack at huge expense.

Something similar happened to Hughes with the H-4 Hercules, the giant wooden flying boat, nicknamed the “Spruce Goose” by the press, which he built during World War II. Eight reciprocating engines were no match for the potential offered on the horizon by jet engines, and spruce was no match for the superior aluminum alloys that had been developed during the war.

Leaders in the electric utility industry know full well that times are changing. But are they making brilliant silent movies when the talkies are around the corner, so to speak?

Dealing with change is especially hard for utilities because they are in a real-time business. The juice must flow 24-7, which means the new has to integrate seamlessly with the old. Shutting down to retool, as Hughes did with “Hell’s Angels,” is not an option.

Yet in the 46 years that I have been writing about the utility industry, I have never seen such upheaval, ergo such challenges. There is no aspect of the industry that is not beset by technology at the gate: computing and artificial intelligence; drones for line surveillance and security; 3D printing (additive manufacturing) for repairs; superior data from smart meters; and aggressive growth from competitors on the roof — in the form of solar panels — and in the marketplace.

But, to my mind, the most-daunting challenge facing the industry is flat or declining electric demand. For investor-owned utilities, which provide 80 percent of the nation’s electricity, this challenge, this reality has been masked by the good performance of their stocks on Wall Street, which owes a lot to low interest rates and volatility in the market, not to the long-term prospects for investor-owned companies. For now, it is the utility paradox.

The industry, through the Edison Electric Institute, has built a superb lobbying arm that can seek legislative remedies for its troubles — as it did when dividends were under attack. But there are no legislative fixes for an industry in market turmoil, abetted by technological disruption.

There is more hope for relief from regulators. Increasingly, the industry is focused on state commissions: it wants relief from the downside of rooftop solar; relief from intrusive and misleading marketers of solar products; and, above all, protection of the grid’s existing infrastructure.

Additionally, not all technology is disruptive. Utility solar farms are an economic and technological success. Storage is attracting innovators and may yet get a breakthrough. There is the hope that new load may come through electric vehicles — although growth there could be stunted by cheap oil. It behooves the industry to push for better recharging, particularly inductive charging, and to advertise more electric consumption as a remedy for air pollution from the automobile tailpipe.

In 1974, I worked with the then-chairman of the Atomic Energy Commission, the late Dixy Lee Ray, on an energy study for President Richard Nixon. The study advocated more electrification of transportation — and we had railroads in mind first and foremost. The United States has a few miles of electrified railway in the Midwest and the Amtrak corridor from Washington to Boston — far less electrified railway than other developed countries.

The railroads got away from the electric utilities, and they won’t be corralled now.

But there is a powerful environmental and social case for electrifying cars; creating a moral imperative to drive electric, if refueling is solved — and I do not mean hanging an extension cord out the kitchen window. South Korea has buses that refuel through induction-charging plates at bus stops; smaller batteries, frequent charging.

It will be a lot easier for utilities to argue for regulatory relief to protect their social and shareholder responsibilities if they are extending their social value.