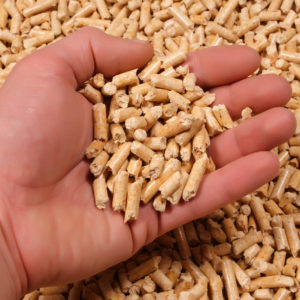 The Permit Board of the Mississippi Department of Environmental Quality this week unanimously approved a permit for construction of a wood pellet manufacturing plant and deep-water marine terminal in the Port of Pascagoula that was opposed by some environmental activists.

Maryland-based Enviva sought the permit primarily to increase exports to Europe and Asia, which is growing market for the alternative fuel that replaces coal. Analysts from Argus Media report that European imports of wood pellets have almost doubled over the last five years to 9.47 million tons in 2018 as countries seek ways to meet their carbon reduction targets. The new Lucedale, MS, plant is expected to produce 1.4 million oven-dried tons of wood pellets annually once it is fully operational.

“We are pleased with today’s positive outcome and look forward to starting construction of our new wood pellet facility in Lucedale,” said Enviva Vice President of Environmental Affairs Yana Kravtsova. “We appreciate the diligent and hard work on the permitting process by MDEQ and the Permit Board and are thankful to all of our supporters during this process. We look forward to becoming an active participant of the local economy, providing new jobs in Mississippi and becoming a strong member of the local community.”

Several environmental groups issued a joint statement, dismissing the meeting a “formality” after it was announced that members of the public who had spoken at a previous two-hour public meeting or submitted comments would not be allowed to address the Permit Board. Board President Chris McDonald wanted to avoid repetition, and said there has been sufficient time at the meeting in Lucedale. The joint statement was signed by the NAACP, EEECHO (Mississippi), Healthy Gulf, Mississippi State University Climate Reality Project, the Environmental Integrity Project, and Dogwood Alliance.

“The Enviva Lucedale wood pellet plant will have a disastrous effect on the people, wildlife, and climate of Mississippi and it is therefore time for the MDEQ Board to listen to the people of Mississippi not just rich, powerful industries,” the groups said. “The decision, and the Board’s refusal to listen to concerns shows that the State of Mississippi is prioritizing protecting its significant investment of taxpayer dollars in the rail and port facilities to handle the pellets over protecting the health of its people.”

Over the course of a 61-day comment period, 104 comments in support of the project and 3,397 comments expressing varying concerns were submitted to the Department of Environmental Quality. Some of the environmental groups encouraged their members to submit comments. Additionally, 20 people spoke at public hearings in support of the project while 10 opposed, citing concerns with construction and the potential effects from the manufacturing plant. A summary of comments provided by the Department of Environmental Quality showed concerns ranging from water quality, air quality emissions, regulatory oversight, emissions testing, compliance issues at other facilities, dust management, and the modeling used by state officials and regulators.

“Many of the commenters expressed concerns about climate change and other issues that are not within the MDEQ’s authority,” the department’s response noted.

Other comments expressed concerns about forestry practices and timber harvesting, citing erosion from clear-cutting operations, which falls under the purview of the Mississippi Forestry Commission and not the Department of Environmental Quality.

Some of the environmentalist groups opposing Enviva’s permit oppose logging and the forest products industry as a whole – not just the wood biomass industry, which represents a small fraction of forest harvests in the U.S. Southeast. In a March op-ed in The Hill, Dogwood Alliance Executive Director Danna Smith stated opposition to using wood for as a building material and even for paper bags and straws, arguing that “the reality is that keeping forest carbon in the ground is as important as keeping fossil fuel carbon in the ground.” In May, Mississippi Commissioner of Agriculture and Commerce Andy Gipson responded, writing that the out-of-state groups like Dogwood “effectively oppose the entire forest products industry, which supports more than 2 million jobs nationwide.”

As part of its MDEQ permit, Enviva will develop and implement Best Management Practices to minimize fugitive dust emissions, which are very small particles that are suspended in air. The company will also need to submit semi-annual reports to the department’s Environmental Compliance and Enforcement Division and submit to inspections.

Dogwood Alliance and the Natural Resources Defense Fund recently issued an updated edition of their “Global Markets for Biomass Energy Are Devastating U.S. Forests” pamphlet, which features a number of full-color pictures of forest harvesting operations from Enviva in North Carolina. The pamphlet also features information from Clean Water for North Carolina, an environmental justice organization, which, along with other groups, correlates the loss of forest land to increased poverty rates. However, parts of the pamphlet may be misleading.

Enviva issued a strong response to the pamphlet from Chief Sustainability Officer Dr. Jennifer Jenkins, noting that the “rate of regrowth in the U.S. South actually exceeds the rate of harvest in these working forests.” She also wrote that the way in which Enviva suppliers harvest timber – clearcutting – creates “good conditions for replanting, which encourages landowners to continue keeping that land in forest cover.” Enviva does not source timber from any forest that won’t be replanted.

On the first point – that regrowth outpaces harvesting – an Enviva spokeswoman pointed to data from the U.S. Forest Service’s Forest Inventory and Analysis Program. The data states that tree harvests have increased 57 percent between 1953 and 2015 while annual wood growth increased by 112 percent.

Additionally, the pamphlet fails to mention that Enviva took only about 30 percent of the tract—the wood that was too small, rotted, or crooked for use by sawmills. If Enviva didn’t use it, the company says it would likely be left to rot, as the forest is private and intended for timber production.

Jenkins also wrote that the company and its suppliers follow Best Management Practices regarding water quality protection. A spokeswoman noted most stated developed guidelines following passage of the Clean Water Act in the 1970s “to guide landowners and professionals in safeguarding water quality by controlling pollution and other threats arising from forestry activities.” The company pointed to the American Tree Farm website for those guidelines.