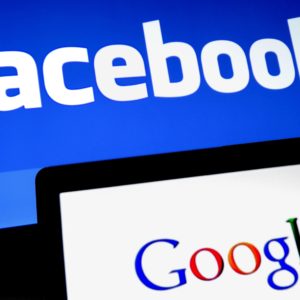 Facebook and other social media giants have been accused of exhibiting scorn for conservative media. But in recent days, the tables have turned as the accusers have become the accused.

The Poynter Institute May 2 apologized for publishing a list of more than 500 “unreliable” news outlets — many of them it deemed conservative. The list was “built from pre-existing databases compiled by journalists, fact-checkers and researchers around the country,” according to Poynter’s apology, penned by its managing editor, Barbara Allen.

Barrett Golding, a researcher and podcast producer for the Southern Poverty Law Center, helped produce the list, according to The Washington Times.

After Poynter published the list on April 30, it was inundated by angry readers and representatives from some of the accused sites, which included The Washington Examiner, The Daily Caller, CNSNews.com, The Daily Wire, the Drudge Report, Washington Free Beacon, Judicial Watch, The Blaze and Twitchy.

In her letter, Allen noted the repercussions.

“Soon after we published, we received complaints from those on the list and readers who objected to the inclusion of certain sites, and the exclusion of others.” Allen wrote. “We detected inconsistencies between the findings of the original databases that were the sources for the list and our own rendering of the final report.

“Therefore, we are removing this unreliable sites list until we are able to provide our audience a more consistent and rigorous set of criteria,” she continued. “We regret that we failed to ensure that the data was rigorous before publication, and apologize for the confusion and agitation caused by its publication.”

In recent days, President Trump joined the chorus of anger about social media attacks on conservative issues and people, in numerous tweets on two consecutive days. He tweeted and re-tweeted complaints on May 3 and May 4.

On May 3, the president said he wants sites and newspapers he has accused of publishing “Fake News” to be held to the same criterion as those who have been eliminated from Facebook and Twitter.

“Why is @nytimes, @washingtonpost, @CNN, @MSNBC allowed to be on Twitter & Facebook. Much of what they do is FAKE NEWS!” Trump tweeted.

The president came to the defense of conservative commentators and others who Facebook banned from its social media platforms on May 2.

“It’s getting worse and worse for Conservatives on social media!” Trump wrote in another tweet. “This is the United States of America — and we have what’s known as FREEDOM OF SPEECH! We are monitoring and watching, closely!!” the president said in another tweet.

Facebook banned Alex Jones, Paul Nehlen, Milo Yiannopoulos, Paul Joseph Watson and Laura Loomer, along with Jones’ site, Infowars. The latest bans apply both to Facebook’s main service and to Instagram and spread to supporter pages and related accounts, according to the Associated Press.

In another instance, on April 28, Fox News published an opinion piece from Justin Haskins — who is executive editor and a research fellow at The Heartland Institute, and the editor-in-chief of the new StoppingSocialism.com — in which he describes his trials and tribulations with Facebook and “other left-wing social media giants.”

“Conservatives and libertarians are facing a monumental, existential threat from social media platforms such as Facebook, Twitter, and YouTube,” Haskins tells Fox. “If we don’t act quickly to reverse course, supporters of liberty could someday find themselves permanently silenced by these powerful organizations.”

In an earlier Fox News article, he pointed to his own personal experience.

“Facebook banned, without any warning, my advertising account with the site after I “boosted” a short video criticizing far-left policies,” he wrote on April 17. “The video highlighted an anti-socialism presentation I and Donald Kendal, my colleague at The Heartland Institute, delivered at a conference held by Students for Liberty in January.”

Haskins says that after two months of appeals, Facebook reversed the ban — a day after Fox News published a story on the issue.

In yet another occurrence, Facebook has begun to use Wikipedia — which has always had credibility problems as a proper “news source” — to bash conservative media, according to Media Research Center’s “Newsbusters.”

Most legitimate news sites discourage their writers and editors from using Wikipedia as a source, as it is an open forum where anyone can post anything.

“To help people evaluate the credibility of an article, we provide a button that displays more context about the article’s source, such as the publisher’s Wikipedia entry and where the article is being shared,” according to Facebook’s latest policy update: “Expanding Our Fact-Checking Program.”

In another post, Facebook writes: “In the past year, we began offering more information on articles in News Feed with the Context Button, which shows the publisher’s Wikipedia entry, the website’s age, and where and how often the content has been shared.

Newsbusters lists Fox News, The Daily Caller, The Daily Wire and Breitbart as sites that are linked to negative comments and footnotes. Wikipedia refers to those sites as “harmful” and “intentionally misleading.” Liberal news sites do not face the same scrutiny, according to Newsbusters.

In response to complaints about widespread harassment, the Wikimedia Foundation, the San Francisco-based nonprofit that operates Wikipedia, has vowed to use new policies to curb abuse.

In recent months, the foundation has rolled out a more sophisticated blocking tool that it hopes can better control the harassment plaguing some users.