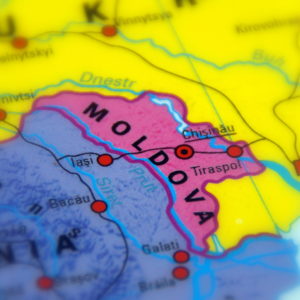 The focus on Russia and Russian interference in world affairs has overshadowed the success of some of the former Soviet states. Moldova, a country roughly the size of Maryland, is one such story. In the aftermath of a dramatic bank theft several years ago, the county passed significant reforms to its financial sector and strengthened its ties with Europe, both actions that have spurred economic growth and helped to place the country on a more stable foundation for its future.

“I accepted the position as minister of finance because I saw in the coalition, a genuine political desire to make a turnaround in the country,” Moldovan Finance Minister Octavian Armasu told InsideSources in an interview on Wednesday. “There was really no other way, because at that point, the country was really in a very difficult situation.”

In relatively short order, the country has completed an ambitious list of reforms to tax administration, public procurement, pensions, and government reforms. The country also learned from previous mistakes and reformed its financial system by increasing the independence of the national bank and bringing in international talent and standards to raise accountability and transparency.

“This resulted in an important transformation of the central government authority…” he says. “The economy now is much more stable [and] financial markets are much more stable.”

The reforms have already been paying off, in terms of economic growth, tax revenue, and foreign investment. Strategic investors from abroad are beginning to look into Moldovan banks, and the country is at the cusp of having 80 percent of its financial institutions held by “transparent, international” shareholders.

In another positive sign, interest rates for Moldovan bonds have fallen dramatically, from 26 percent in 2016 to 4-5 percent today. Such significant reforms are impressive because they did not stagnate under the weight of politics. For this, Armasu credits international assistance.

“All this was possible, in the first place, due to the support of the IMF program,” he says. “The IMF program helped us to depoliticize the reform agenda, to keep it outside the internal political battles.”

Over the course of the summer, the IMF has been conducting reviews of the country’s reform progress.

“In these two years we have managed to implement a very tight and very comprehensive reform agenda. We took over the country in the midst of a crisis which was ignited by the bank fraud in 2014 and which resulted in negative growth in 2015 of 4.5 percent,” said Armasu. “We managed to bring this growth to a normal level. We had 4 percent for the last two years and we expect it to be at the same level in 2018.”

Armasu was in Washington to discuss the country’s progress and to lay out the parliamentary agenda for the remaining days of its session. The majority coalition is hopeful that a major tax reform bill will pass on Thursday. Aimed at improving the competitiveness of Moldovan businesses, the bill would reduce wage taxes and reform the criminal liability for business tax evasion.

Moldova faces challenges that are more rare in the U.S. Although the environment has improved in recent years, corruption remains a concern and one of the goals of the proposed tax reform is to bring businesses that have been operating off the books into the regulatory apparatus.

“A lot has been done in the last two years to improve this area and fight corruption. The most important thing that we have done was the integrity package passed by the parliament last year which resulted in the creation of an integrity agency which is now operational. It is well financed, we have a budget, we hired integrity inspectors, and we have a methodology of how to deal with the integrity of officials.”

At the same time, government officials are held to strict openness standards. Each year, they must file an asset declaration form to a publicly-accessable database.  All of these are efforts to move the Moldovan economy toward further integration with the European Union and the broader western economy.

The country realizes that it needs to become an attractive location for foreign businesses. Right now, Moldova has a growing IT sector and exports in the automotive industry. It hopes that the recent changes to the tax law will spur more interest from outside companies. It is also helped by its proximity to Romania, to which Moldova is building a natural gas pipeline so the country will not need to rely on Russian energy.

All of these are small but productive steps for Moldova.