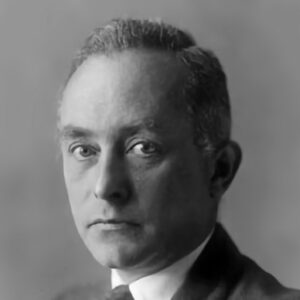 American society is polarized so that increasingly we don’t interact with those who disagree with us. A likely reason for this is a decline in critical-thinking skills. Specifically, laypeople and experts alike increasingly resort to two radically opposite and woefully inadequate methods for producing knowledge.

We can call these methods “data-without-theory” and “theory-without-data” — and their ill effects aren’t limited to the social sciences.

Lately, my professional attention has focused on “equity,” a word that activists have repurposed to mean the opposite of its traditional sense. As discussed later, those activists are relying simultaneously on data-without-theory and theory-without-data.

In 1943, Max Born, who won the 1954 Nobel Prize in Physics, argued that both of these methods were harmful to the pursuit of scientific knowledge. (Bonus trivia for readers of a certain age: Max Born’s granddaughter is singer Olivia Newton-John.)

In a lecture in England that became a small book (“Experiment & Theory in Physics”), Born, a German-Jewish refugee, noted that physics had always been divided between those who favored experimental data over introspective theory and those who preferred theory over data. But in the polarized era leading up to World War II, he said, this division had grown more extreme.

In Germany, Born said, extreme experimentalists had “gone so far as to reject theory altogether as an invention of the Jews.” These physicists looked only at data and ignored theoretical explanations. In the opposite direction, he said, a similarly radical school of thought (though not driven by racism) had lionized theory and rejected experiments and data as unnecessary.

Born argued that reliance upon observation alone or introspection alone compromised the validity of scientific findings. Proper methods, he argued, require an iteration of the two modes of exploration — data acting as a check on theory without proper backing and theory acting as a check on incorrect, misunderstood or conflicting data.

Long ago, I assigned Born’s little book to my economics students to give them two insights: First, that the flaws in reasoning that make economics (and other social sciences) seem unscientific to outsiders are also present in physics — the hardest of the hard sciences. Second, that physicists, like economists, often disagree over scientific questions for reasons that have nothing to do with science — including prejudice and stubbornness. The production of knowledge is always a human endeavor, subject to human foibles.

Repurposed by equitists, inequity has come to mean the mere existence of disparities (e.g., in health, wealth, income, housing) regardless of the circumstances that led to said disparities. To equitists, “equity” means equal outcomes, not equal opportunity.

Consider some ramifications. If one population group has a greater incidence or intensity of some health problem, then this, says equitists, is prima facie evidence of malevolent action (e.g., racism) on someone else’s part. It matters not whether the sicker group engages more heavily in smoking, drinking or drugs or, alternatively, possesses some unfortunate gene. This is data-without-theory. (A prominent example of such thinking is the “gender gap” in wages, which has been shown to result almost entirely from women’s career choices, and not from discrimination.)

Once the data suggest disparities, equitists offer — or insist upon — an array of supposed curatives. Examples include new forms of racial discrimination, such as allocating lifesaving drugs by race. Quite visibly, “diversity, equity and inclusion” initiatives are loaded with condemnation of “Whiteness” and requirements that White people publicly acknowledge some sort of guilt for the “privilege.” The morality or immorality of such racial theater aside, there is little or no insistence on measuring the effectiveness of such actions. This is theory-without-data.

My suspicion is that with a greater emphasis on using data as a check on theory and vice versa, polarization would diminish. Very likely, the biggest obstacle to that happy outcome is the proliferation of the two extreme methodologies on news media and social media.